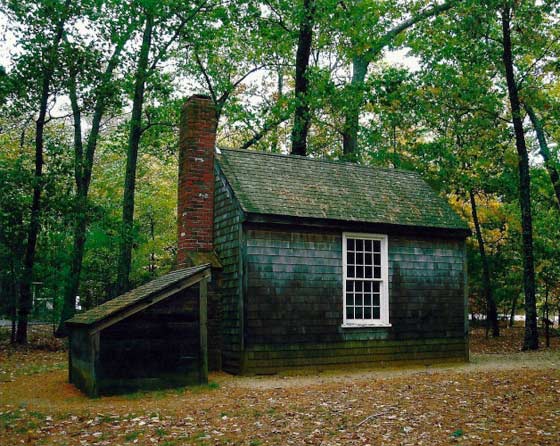 Berkshire Theatre Group presents a new play, Thoreau or, Return to Walden, a world premiere written and performed by David Adkins, at the Unicorn Theatre in Stockbridge. Opening night is Saturday (June 20) at 8pm. Preview performances begin on Thursday (June 18) at 7pm, and the production closes Saturday, July 11 at 8pm.

The writing of Henry David Thoreau comes to life in this dramatic and uplifting tale as he battles with himself, with his own thirst for blood and for the soul of our American conscience. It’s 1859. The Union is on the verge of civil war over the issue of slavery. Passion, politics and prose collide on the shores of Walden Pond when beloved American naturalist and prophet of peaceful resistance learns that freedom fighter and abolitionist John Brown has been sentenced to hang. How did the beloved poet and naturalist, hero of children’s books, inspirer of Mohandas (Mahatma) Gandhi and Martin Luther King Jr., and writer of Walden and Civil Disobedience come to write, “I do not wish to kill nor to be killed, but I can foresee circumstances in which both these things would be by me unavoidable (A Plea for Captain John Brown).” When you come to your final moment, will you know that you have truly lived?