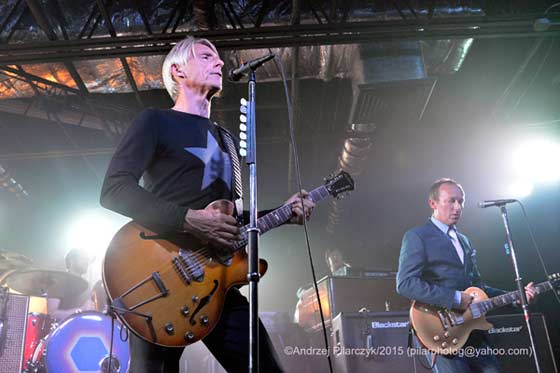 There was much to admire about Paul Weller’s passionate performance at the Upstate Concert Hall in Clifton Park Sunday night, starting with the 57-year old rocker’s refusal to trade in nostalgia. The first fifteen years of his career with the Jam and the Style Council weren’t even acknowledged in a set largely derived from Weller’s superb new record Saturns Pattern. The show had a nice flow, with churning rockers like opener “White Sky” and the propulsive “From the Floorboards Up” interspersed with lovely ballads like “You Do Something to Me” and the virtual vaudeville of “Brand New Toy.”

Guitarist Steve Cradock used his Gibson to play stinging, pungent solos throughout the 100-minute set. Songs such as “7&3 is the Striker’s Name” and “Peacock Suit” displayed Weller’s facility for writing insidiously catchy little guitar riffs — earworms, if you will. Weller contributed additional guitar or keyboards to each song, enabling the six-piece band to generate an impressive (if not quite Spectorian) wall of sound.

While the Jam’s catalog wasn’t tapped, Weller did revisit select highlights from his subsequent solo career, reaching as far back as 1992’s eponymous Paul Weller and touching on Stanley Road, Heavy Soul, As Is Now, Wake up the Nation and Sonik Kicks. Weller’s not been one to repeat himself, but these records share a certain allegiance to classic rock values – as you might expect from someone who’s named three of his seven kids Bowie, Dylan and John Paul (we’re still waiting for George Ringo).

As a frontman Weller was riveting, commanding the audience’s attention without ever really doing much more than moving from his stand mike stage center to his keyboards on the left. Weller didn’t twirl his mic cord like Roger Daltrey; he didn’t flounce around like Mick Jagger; and he didn’t glare at his audience like John Lydon – all he did was sing his material as if it really meant something to him, and that proved to be more than enough for those in attendance Sunday night.

All of these positives were fortunately sufficient to overcome the spotty quality of the sound emanating from the house speakers. This was obviously a rock show, and it needed to be loud, but the speakers weren’t up to the demands placed upon them, sometimes adding harsh metallic overtones and turning Weller’s artfully-constructed wall of sound into a wall of mush. Taking a six-piece band with two drummers on the road was clearly an aesthetic decision on Weller’s part, and this sound system just didn’t do it justice. Perhaps some of the blame should be placed at the mixing desk, as the clarity was much improved when Weller switched from guitar to keyboards.

That caveat aside, the promoters deserve credit for bringing Weller and his band to Greater Nippertown. The show was the fifth date on a ten-city North American tour, and the other venues are all in major markets such as Boston, Toronto and Brooklyn. The opportunity to see performers like Weller and Public Image Ltd. (who played a memorable show at UCH a little over two years ago) shouldn’t be taken for granted.

As for the mis-matched opening act – model-turned-singer-songwriter Hannah Cohen led her backing duo through a short set of electro-pop-ish, Lana Del Rey-esque tunes culled primarily from her new sophomore album, Pleasure Boy. The album deals with the pain and anxiety of a relationship break-up, but her breathy, low-key, nearly aloof delivery made her vocals almost impossible to decipher amid the considerable crowd noise. She appeared to be gaining traction with her two closing songs, “Keepsake” and “Queen of Ice,” but it was too little, too late. 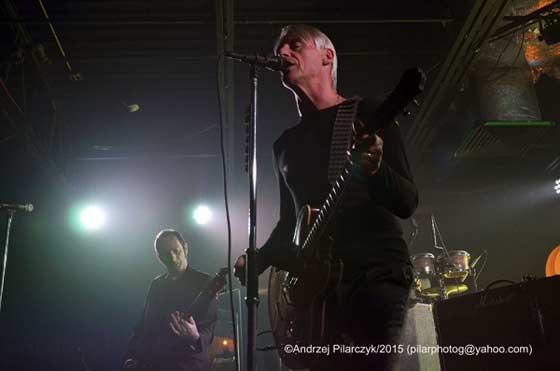 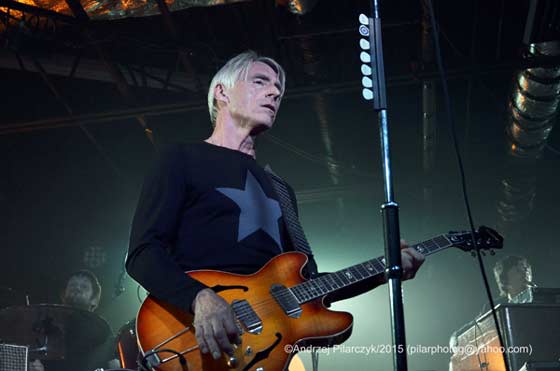 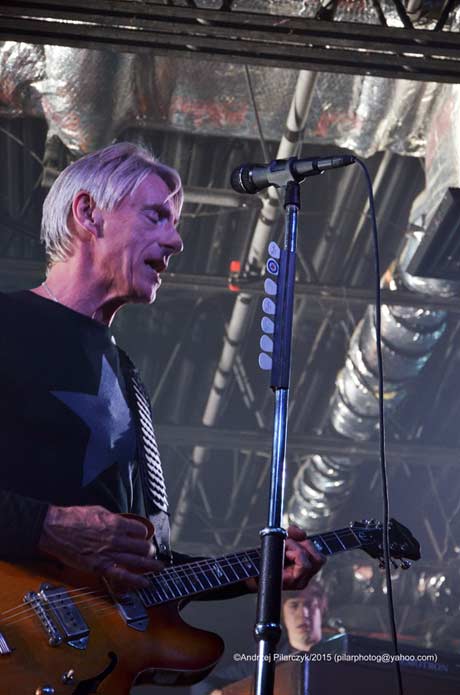