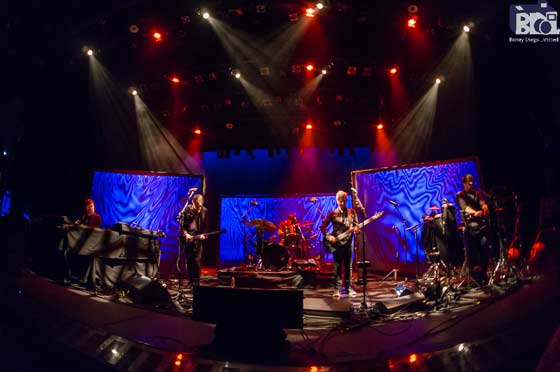 Review and photographs by Bryan Lasky

Mike Gordon might be the name that gets people into the seats, but the band is what keeps people in those seats at shows. His latest band – featuring Scott Murawski on guitar; John Kimock on drums; Robert Walter on keys; and Craig Myers on percussion – have gelled together beautifully in the short time they have been playing together on this early summer tour.

Gordon is, of course, well known from Phish, but his solo outfit is where he gets to show off his writing chops, as well as his considerable ability to front a band. He does this not by being the main focus point, but rather by sitting back and allowing himself to be engulfed within the band.

Not only was the music great, but the visuals in The Egg’s Hart Theatre were tremendous. Using light projectors to display various images along the walls of the venue, it often felt as though the crowd was transported inside a dream for more than three hours, while the band tore through songs and jams. The Egg has never looked so amazing during a show. Particularly nice surprises during the evening were the covers that the band rolled out during each set, including Fiona Apple’s “Sleep to Dream” and Beck’s “Black Tambourine,” both played as though the band had written them themselves, rather than some of the best songwriters of the past 20 years.

The first set focused on more straight-forward, song-based selections rather than too much extended jamming, although the final song of the set was a foreshadowing of things to come. Early in the second set they pulled out “Ether,” which really allowed each band member to dig in and showcase how cohesive they’ve become. It was a major highlight of the show, and during the time that each member had his moment in the spotlight, the other four became part of the audience for a few moments. Finally, when they wrapped up the song after about 20 minutes, the crowd was left in total awe, but the band stopped only for moments before launching back into the show.

Gordon thanked the crowd and, as he’d done numerous times during the show, declared how much he loves playing the venue, stating that it’s one of his favorites in the entire country. He proclaimed that he’d keep coming back as long as we would have him, and it’s a good bet that Gordon and his band will be returning to the orb-shaped theater again on their next tour of the East Coast.

SECOND OPINIONS:
Excerpt from Kirsten Ferguson’s review at The Daily Gazette: “The fans with spots up front had the added advantage of getting to jam with the band at certain points in the night, when touch-sensitive panels on an interactive digital keyboard spanning the front of the stage would light up, and audience members could tap them to trigger sounds, like we were in a giant arcade. Gordon and his team of stage designers spent two years creating audio and visual effects for the Overstep tour, including LED-lit guitars that glowed in the dark. The effort paid off: it was easy to get lost in the trance-like, psychedelic effects of the lights that swirled across the walls of the theater in response to the music throughout the night. Especially cool were visual effects that made the whole stage, and the musicians on it, look like they were enmeshed in a pixilated, digitized world, as happened on “The Last Step,” which Gordon called the “weird” title track from his latest release. As mesmerizing as the visuals were, that’s not to say the music was secondary. But like all jam shows, the songs themselves seemed less important than the moments when the players onstage broke from song structure to jam on their instruments in an of-the-moment, spontaneous burst of inspiration.” 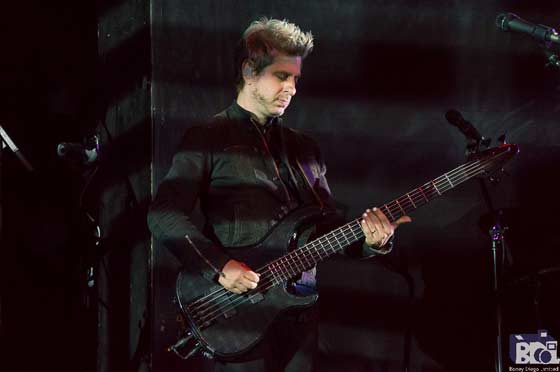 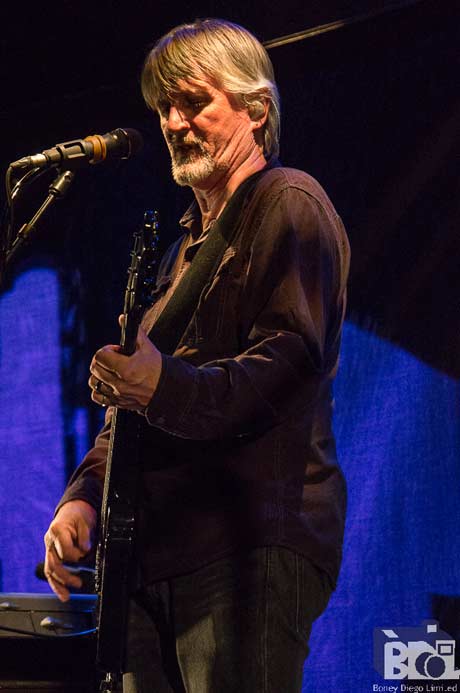 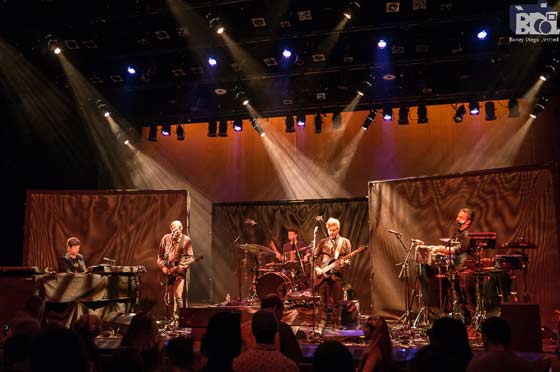 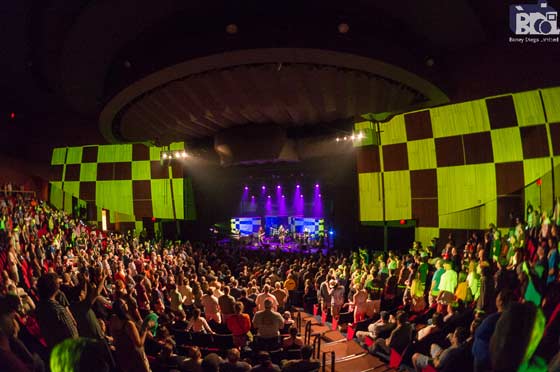