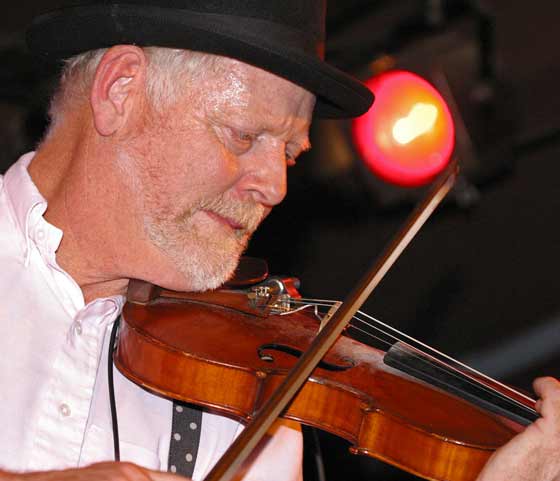 1. THE FIRST ALBUM I EVER BOUGHT WAS … Jascha Heifetz playing the two Beethoven romances on Side A and the Mozart concerto #5 on Side B.

2. THE FIRST CONCERT THAT I EVER SAW WAS … David and son Igor Oistrakh playing the Bach Double at White Plains Civic Center, maybe 1963.

3. THE FIRST MUSICAL INSTRUMENT I EVER OWNED OR PLAYED WAS … My mother taught piano at Manhattan School of Music, and we had two pianos in the house, so I started piano at five, violin at eight. We kids could only watch TV on weekends, and had to practice 20 minutes for each half hour of tube… “77 Sunset Strip” and “Have Gun Will Travel.”

4. THE FIRST SONG THAT I EVER PERFORMED IN PUBLIC WAS … My violin teacher, Alfred Troemel, hosted student performances at his NYC apartment. Scary business.

5. THE FIRST BAND I WAS EVER IN WAS … In 1976, I hit the streets as a fiddling busker, and got picked up on Cape Cod by a band from Miami called the Inside Out Band. We were together for a couple years, based out of Rochester, NY, gigging from Maine to Florida and Cape Cod to California. They could sing current material; I could heat it up with fiddle tunes.

Dick Solberg will rosin up his bow and lead the Sun Mountain Band in action at 8pm on Sunday (August 2) at the Lion’s Den at the Red Lion Inn in Stockbridge and at 6:30pm on Tuesday (August 4) in Talmadge Park in Mechanicville. Admission to both shows is free.