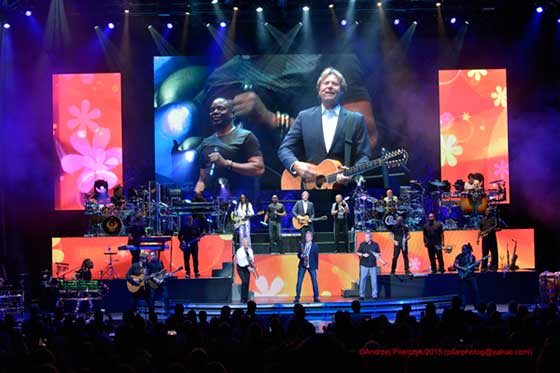 The veteran horn-fueled band Chicago were one of the earliest rockers to grace the stage of the Saratoga Performing Arts Center in Saratoga Springs back in the band’s ’60s & ‘early ’70s heyday.

And more recently, the baby-boomer faves have been a mainstay on the SPAC stage, teaming up for a summer tour with one or another classic rock band – Reo Speedwagon, the Doobie Brothers and, in this case, Earth Wind & Fire – for a regular Spa City double-bill.

So Chicago – still featuring the horn-fueled power of trumpeter Lee Loughnane and trombonist James Pankow, as well as original keyboardist-vocalist Robert Lamm – knows the drill. And rather than flip coin to determine who’s opening for who, they simply open and close the show with a full onslaught, double-band cluster-fuck.

Last month at SPAC, the gigantic combo-band sprawl opened with the Beatles’ nugget “Got to Get You Into My Life,” EW&F’s contribution – and one of the precious few highlights – to the hilariously bad 1978 film, “Sgt. Pepper’s Lonely Hearts Club Band.”

Then EW&F did their thing. And Chicago did their thing. And then they wrapped it all up with the obligatory two-band mega-jam again, pumping out such EW&F gems as “September” and “Shining Star” along side Chicago classics “Does Anybody Really Know What Time it Is?” and “25 or 6 to 4.”

Same as it ever was. And of course, for those with a case of nostalgia, that’s not necessarily a bad thing… 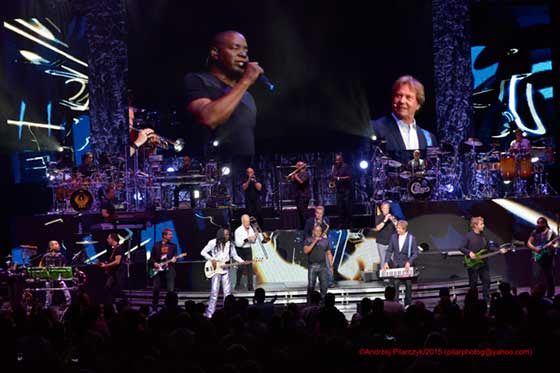 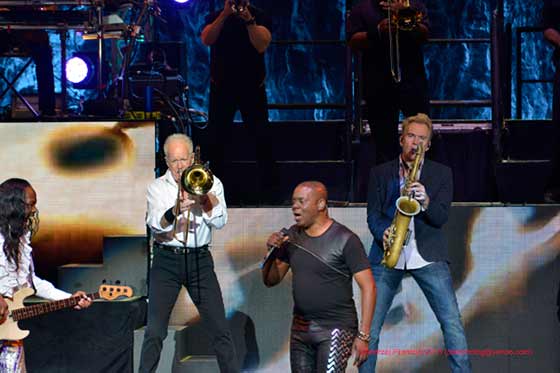 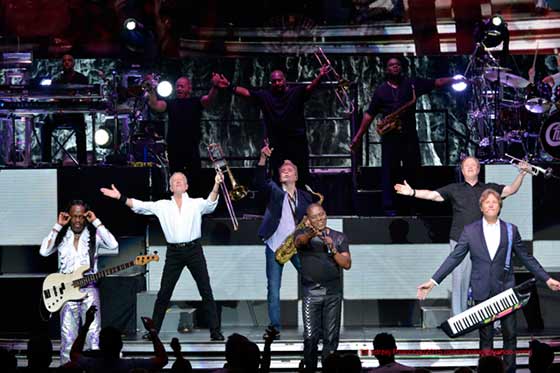 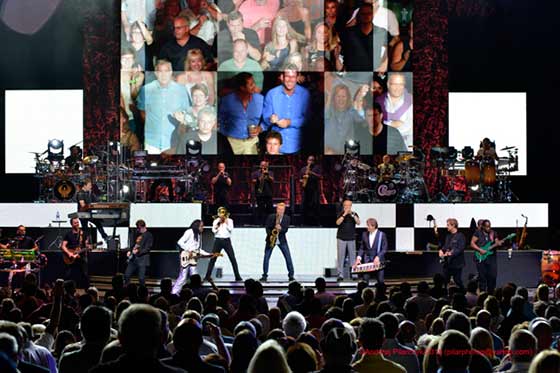 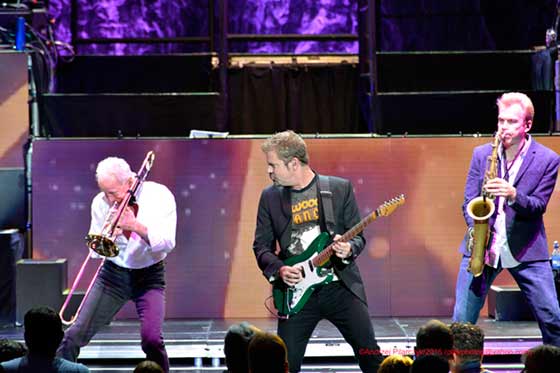 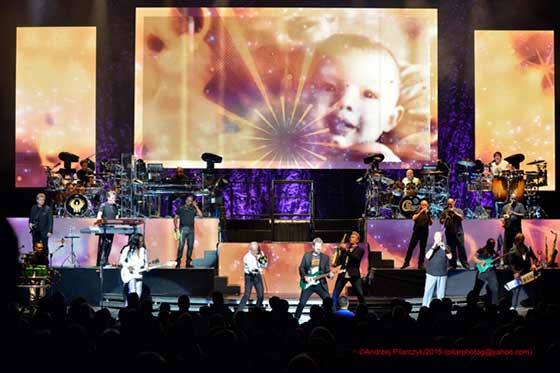