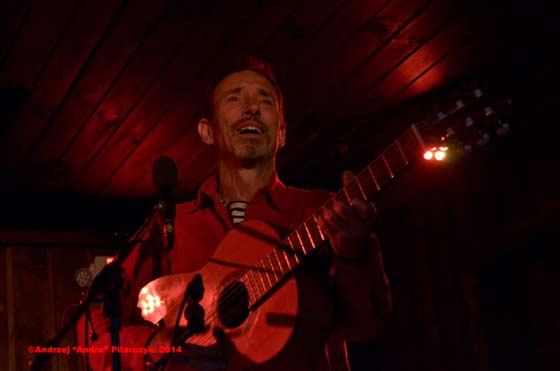 There’s something about Jonathan… Jonathan Richman, that is. The former Modern Lovers bandleader and his longtime drum-beating bandmate Tommy Larkins return to the Low Beat in Albany for an early show (7pm) on Wednesday, November 11. Advance tickets are available now for $12. Also comin’ up at the Low Beat: Sub Pop’s Strange Wilds roll in for a happy hour show with Better Pills at 6pm on Wednesday, October 21; the reunited punk vets Lumpen Proles join Phantom Signals and Chloroform Party for the Scum Fest 3 CD release party at 8pm on Saturday, November 14; Hamell On Trial returns for the pre-Thanksgiving happy hour bash at 6pm on Wednesday November 25; Guns, Girls & Glory bring the twang at 8pm on Saturday, December 5; the Figgs return for their annual December holiday homecoming show at 8pm on Saturday, December 12 ($10 in advance).

IN CASE YOU MISSED IT: George Clinton leads Parliament-Funkadelic into the Upstate Concert Hall in Clifton Park. Tickets go on sale at 10am on Friday (October 2).

The Van Dyck in Schenectady welcomes Gypsy jazz guitar great Stephane Wrembel for two shows (7 & 9pm) on Friday, November 20. Tickets are available now, priced at $18 in advance; $22 at the door. Also at the Van Dyck, a Local 518 all-star band featuring guitarist Graham Tichy, bassist Steven Clyde, drummer Pete Vumbaco and keyboardist Mike Kelley – pays tribute to the Beatles by playing the albums Help and Rubber Soul in their entirety at 8pm on October 24. Tickets are $15 in advance; $18 at the door.

Speaking of Beatles tributes, Hey Jude steps into the spotlight at the Wood Theater in Glens Falls at 7:30pm on Friday, November 27. Tickets are now on sale, priced at $30.

CH-CH-CH-CHANGES: The upcoming Arlo Guthrie concert at The Egg – which was originally slated for Sunday, May 1 – has been pushed back to Friday, May 6.

In support of her new album, Make My Head Sing…, the moody, rootsy indie-rocker Jessica Lea Mayfield makes a tour stop at Club Helsinki in Hudson at 8pm on Thursday, November 12. And roots rocker Chuck Prophet makes a return to play a solo show at 9pm on Friday, October 23 with Sarah Borges opening the show. Ticket prices for both shows are TBA.

IN CASE YOU MISSED IT: The Madonna of the ’60s folk music revival Joan Baez returns to The Egg’s Hart Theatre this spring. Tickets go on sale to the public at 11am on Friday (October 2).

SOLD OUT: Thursday’s (October 1) concert at Club Helsinki in Hudson by Cowboy Junkies is now officially sold out. No tickets will be available at the door.

No tricks, all treats. New Orleans clarinet great Evan Christopher lands at the Cock ‘N Bull in Galway for a special Halloween show at 8pm on Saturday, October 31. Accompanied by Ehud Asherie on piano, Christopher will be performing unplugged – no microphones, no amplifiers. Also at C&B – Korby Lenker and David Moss team up at 8pm on Wednesday, November 11.

Levon Helm Studios in Woodstock plays host to Blue Chicken’s Out of the Coop Dance and Roost Halloween Party. Not only will you hear great music from the all-star band – Jim Weider, Brian Mitchell, Sid McGinnis, Randy Ciarlante, Bryan Isaacs and Clark Gayton – but there will also be a contest for the best chicken costume. Tickets are on sale now, priced at $35.