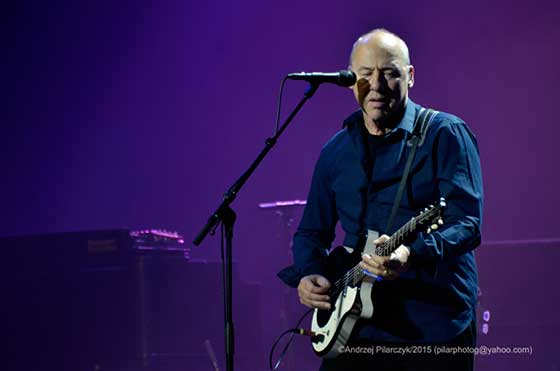 Dire Straits made a stop at Rensselaer’s now long-defunct Hulla-Baloo back on February 28, 1979 on their first U.S. tour in support of their self-titled debut album. And an awful lot has happened since then…

The band became one of the world’s most successful bands with 1985’s Brothers in Arms (which became the first compact disc to sell a million copies). They broke up in 1988, re-formed in 1991 and then broke up once again in 1995.

Yes, Dire Straits was a band, but it was always obvious that Mark Knopfler carried way more of the creative load than all the other members. He was an ace narrative songwriter, a vocalist with an admitted limited range who nonetheless always managed to suck you right into the song and simply one of the most distinctive, instantly recognizable guitarists of the rock era.

And, as he proved at the Palace Theatre last weekend, he’s still all of those things. He is not, however, a very dynamic performer on stage. But needless to say, that didn’t matter much to the sold-out crowd.

He was five songs into last Sunday’s concert before he fully unleashed that classic Knopfler electric guitar sound. And he didn’t dig into his Dire Straits catalog until halfway through the show, when he put together the back-to-back-to-back triptych of “Your Latest Trick,” “Romeo and Juliet” and the stinging “Sultans of Swing.”

And while he didn’t dwell on his multi-platinum glory days with Dire Straits, he didn’t over-hype his new album, either, performing just a pair of tunes – “Skydiver” and the opening “Broken Bones” – from Tracker.

Instead, it was just a solid evening of classic Knopfler…

NOTE: A live recording of the Palace Theatre concert is on sale…

SECOND OPINIONS
Tim Mack’s review at Metroland
Excerpt from David Singer’s review at The Daily Gazette: “It took Mark Knopfler a third of the way through his sold-out show Sunday night at the Palace to play one solid electric guitar riff. But from that point, starting with ‘Hill Farmer Blues,’ he made it clear why he is listed in the top 50 all-time greatest guitarists on Rolling Stone’s list. His voice and guitar remain the signature sound of Dire Straits, the band that brought him fame in the late ’70s. He played mostly post-Dire Straits music, but did dip into some of the great ones. ‘We will excavate one or two historical artifacts,’ he told us early in the show. ‘Romeo and Juliet’ came halfway through the show, a beautiful, sad ballad that lifts and falls and lifts again without any effort. Knopfler is one of the most under-stated singers, and even on this one — a love story filled with drama — he more-or-less talks through his lyrics. He plays the guitar the same way, never screaming, but articulating within his razzle-dazzle zone.” 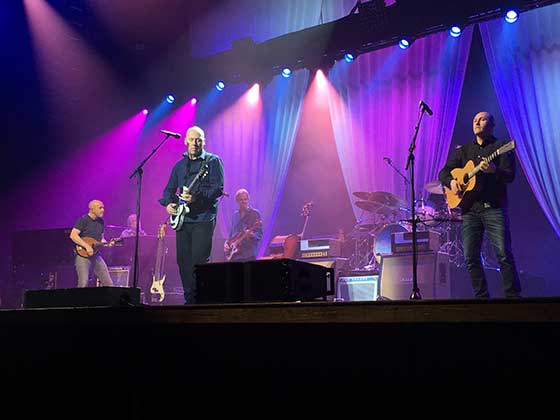 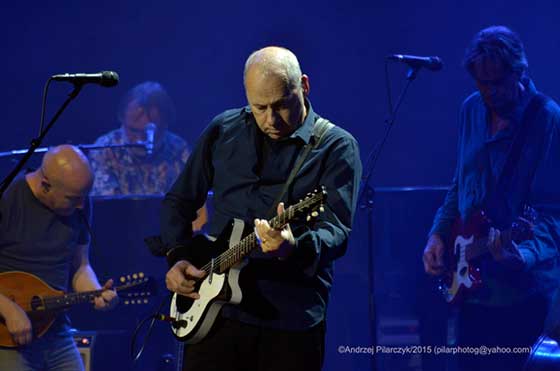 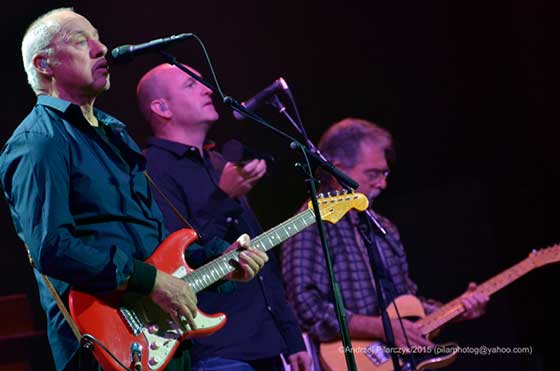 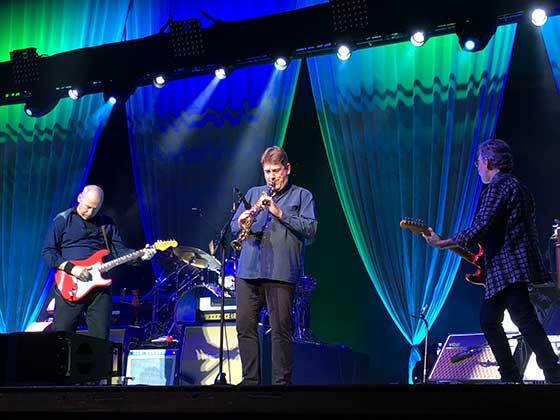 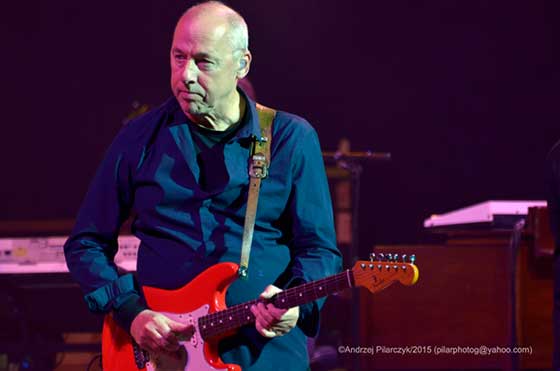