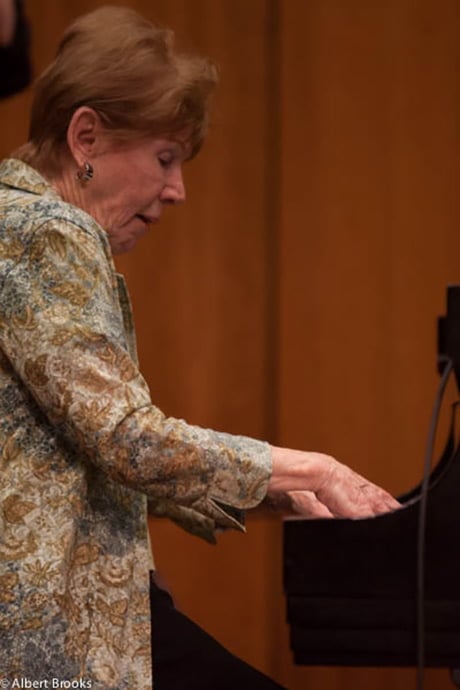 Proctors’ GE Theater was buzzing like a beehive, and it all had to do with Lee Shaw. The Greater Nippertown premiere of Susan Robbins’ documentary “Lee’s 88 Keys” was minutes away from happening. That someone had made a film (and a damn good film, as it turned out) about someone who has been an icon in these parts for so many years was big enough, but there was more to the buzz. People knew the octogenarian pianist/educator was supposed to attend, and the speculation ran like river: Would Shaw show up? What kind of shape would she be in? Would Lee be on oxygen, as she had been for the few concerts she had one recently? Given her mounting health problems, should she be here at all?

It all became moot when Shaw walked slowly through the door, holding herself upright with the help of a walker. Lee wasn’t without strength, though, because when the crowd rose as one to give their touchstone a standing ovation, she let go of the walker and applauded the crowd in return, a huge smile on her face. She also wasn’t on oxygen, though that changed as she sat in the first row of the theater and was literally besieged by crowd members, many of whom had seen her perform for years and years. Although Shaw was obviously struggling, she graciously spent a few moments with everyone who wanted to wish her well – and after the film, after Jazz Journalists Association Director of Development Susan Brink presented Lee with the 2015 Jazz Hero Award, Lee did what she’d been doing for over seven decades: She played. It was just a couple of tunes in the lobby of the theater, but it was with her longtime rhythm section (bassist Rich Syracuse and drummer Jeff “Siege” Siegel), and it was perfect, for her and for us.

I’ve said it too many times to count: Music heals – not just for the listener, but also for the player. For years, I watched Dave Brubeck step slowly across stages, looking and sounding like he was going to keel over any second, only to come alive the moment he sat down at the piano and play the sounds I grew up with. One of those spaces Brubeck played was College of St. Rose’s Massry Center for the Arts, which was the last time I saw the Lee Shaw Trio play a full concert. It was 2012, and the Trio was opening for the Ben Allison Band. Lee was on a walker and oxygen even then, and Syracuse helped Lee navigate over various sound cables, and then helped her get her various tubes and tanks organized.

“Sorry to keep you waiting,” Shaw told us finally. “It’s a little complicated, as you see.” It was also extremely painful to watch, whether you were a friend of Lee’s or just someone who’d watched her from the cheap seats. But the minute Siegel counted off Dr. Billy Taylor’s “Easy Walker,” all that pain went right out the door, and Shaw owned that number just like she had for all those years. It was an outstanding set, and not just because Lee and her partners offered a complete contrast to the electric madness Allison and his quartet would drop on us later that night. 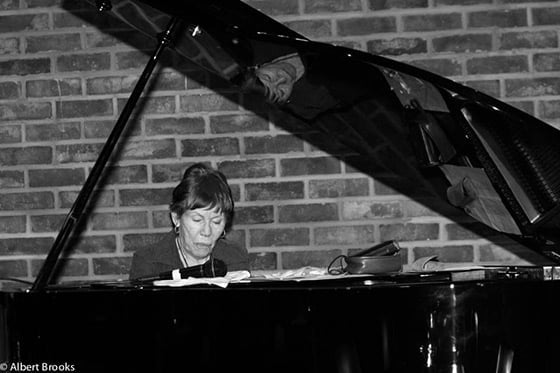 There’s always been a lot to think about Lee Shaw, especially now that she’s finally broken free of the pain that shackled her tighter and tighter. Her talents as a player and composer were only exceeded by the graciousness and gratitude she carried with her everywhere, both onstage and off. I can’t think of a local musician I’ve talked with who didn’t cite Shaw as an inspiration, or a mentor, or a confidante, or any combination of the three. She helped a Florida teenager named John Medeski get ready to face the world; teacher and student would reunite to make outstanding music together, both on the 2010 release Together Again: Live at the Egg and at Zankel Music Center in 2011. Lee also helped shape Albany HS alum/current NYC mainstay Theo Hill, who showed how well he learned his lessons at A Place For Jazz at the start of this month. For me, though, the thing I’ll remember about Lee is her non-stop need to learn as well as teach.

I reviewed Shaw’s 2006 CD Little Friend for AlbanyJazz.com, and while I liked it a lot, it didn’t knock my socks off the way more complex releases by Dave Douglas and Bill Frisell did at that time. But then came Originals, the first set of all-original compositions Lee created with Syracuse and Siegel. The depth of her writing on that disc knocked me flat, and then the level to which the blues influenced her 2008 release Live in Graz was a complete stunner. Shaw was evolving as a player and composer – inspired by her partners as much as she inspired them – when many musicians have looked at the candles on their birthday cake and said, “I can hit cruise control now.” Lee Shaw was not equipped with cruise control; it was neither standard equipment nor an optional extra. She was the Energizer Bunny, just going and going and growing and growing.

My favorite moment in “Lee’s 88 Keys” was when Shaw said she’d been extremely lucky because she had never been sick. When the interviewer reminded her that she was a cancer survivor, Lee didn’t even hesitate: “Yes, but I never stopped working!” I’m over three decades younger than Lee Shaw was when she left us on Sunday, and there have been more than a few mornings when I just wanted to hit the clock radio with a hammer, pull the covers over my head, and hope life would simply go away. Knowing what I know about Lee, and seeing what I’ve seen her push through against ever-mounting obstacles, that isn’t an option any more. That’s what I learned from Lee Shaw, and I’ll carry that with me the rest of the way.

Thanks for the ride, Lee. Drive home safely. 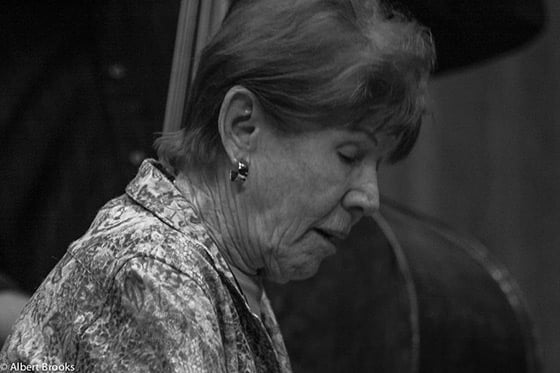 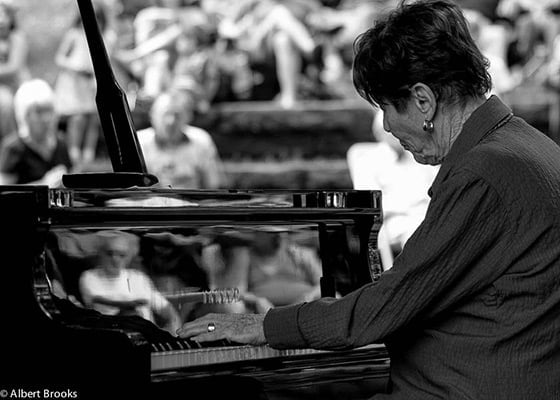 Dave Davies, What Was the First Album You Ever Bought?