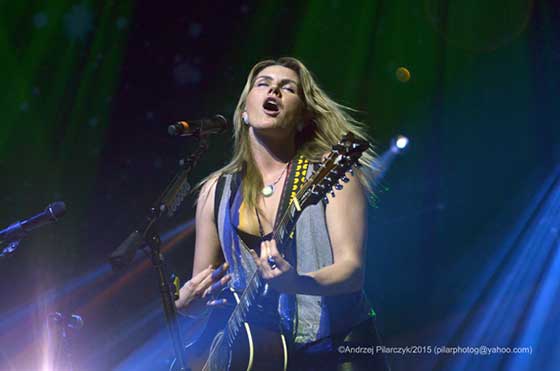 Grace Potter, the prodigal daughter, returned home last Thursday (October 29) to play the Palace Theater in Albany. Originally from Waitsfield, Vermont, she left home more than a decade ago and signed with Hollywood Records releasing five albums in 10 years. Midnight, her most recent release, is her first solo CD without her band, the Nocturnals. In her Albany concert, she gave a shout out to Albany and Troy, acknowledging early gigs here. The elephant in the room, however, was the question of whether she’d be embraced by a fan base she’s left in the lurch, at least on her new solo album.

Bob Dylan, Neil Young, Sam Cooke, the Moody Blues, and Miley Cyrus have all made drastic right or left turns in their sound that alienated their core constituency. Dylan pissed off the traditional folkies when he plugged in, Sam Cooke when he went secular, the Moody Blues when they went from blues to orchestral, and Miley Cyrus when she grew out as opposed to
up and dissed her Disney image. Grace Potter, like Miley Cyrus, has a Disney connection. Her label, Hollywood Records, releases all Disney-related product, and she sang solo on the soundtrack to Disney’s 50th animated feature, “Tangled.”

Potter’s appeal until Midnight has been her ability to bring a Joan Jett-level of rock energy to a band as thick with heavy rock texture as a bowl of New England clam chowder. Drop dead beautiful with her long blonde hair, she played up her sensuality like Madonna without resorting to a bag of tricks, and the band supplied a solid underpinning to offer a hard rock authenticity equaling that of the now long-in-the-tooth band Heart.

Midnight finds Potter working with producer Eric Valentine whose credits include Nickelback, Queens of Stone Age and Slash. The album is built around percussion rather than rootsy guitar licks. Potter’s husband Matt Burr is her drummer from the Nocturnals. The new sound has a pop-dance urgency to it that percolates in the same way that the best sparse hip-hop does. If the Nocturnals sounded like they were building a brick house, this solo effort is more like an erector set skyscraper. And the secret to its success is the spaces between the steel girders of that erector set. In concert, she played virtually the entire Midnight album live, but those spaces that make the percussion pop and percolate were missing from the performance by a five-piece band that sounded like a hybrid, as much used to laying down heavy rock licks as they are the Alka Seltzer bubbles of a dance rave.

Like Dylan and the other artists mentioned above, Grace Potter is an infectiously energetic powerhouse who turned on the audience, many of whom came in late and looked like they may have been hooked into the theater to paper the hall. Her stage lighting was composed entirely of laser-like lights aimed into the crowd, constantly moving and creating streaming patterns that splayed out in front of the band and lit up the faces of the standing crowd all the way to the back of the theater.

She held it together well until near the end when “Delirious” from Midnight dissolved like soured cream in hot coffee and she resorted to an onanistic masterbatory 21st century equivalent to a ’60s psychedelic rave-up where the brain disconnects from the lower chakras.

Grace Potter is going to be in this game for life, but, as Bette Davis once said, it’s going to be a bumpy ride. 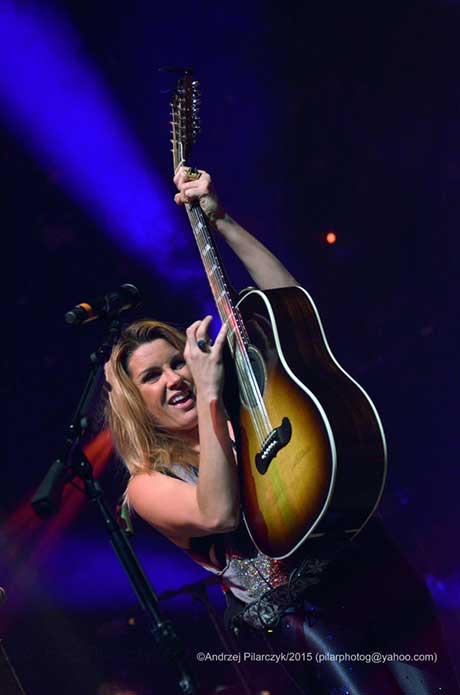 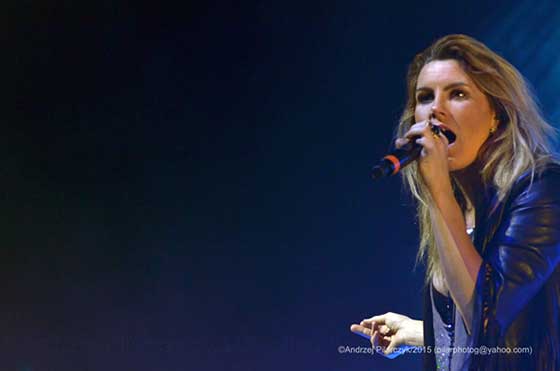 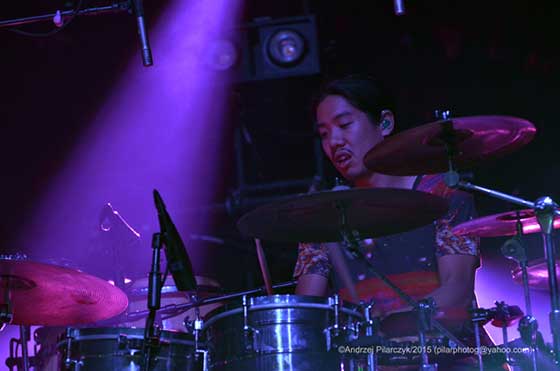 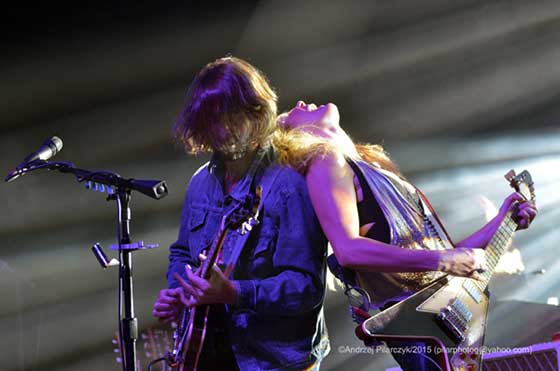