Okay, the trophies are distributed, and we’ve seen the best of the rest. That means it’s time to let the chips fall where they may. IT’S FOR THE WIN! 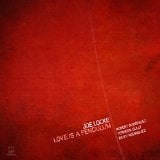 Number Ten…
JOE LOCKE – Love is a Pendulum (Motema)
It’s become a cliché to say that a piece of music is “inspired.” However, in the case of vibes master Joe Locke’s latest release, we have a set of beautiful, expansive, thrill-seeking music that was literally inspired by the poetry of Barbara Sfraga. Backed by the killer core group of pianist Robert Rodriguez, bassist Ricky Rodriguez and drummer/co-producer Terreon Gully, Locke weaves brilliant color splashes from Donny McCaslin, Paul Bollenbeck and Theo Bleckmann into this sublime “song cycle,” bringing a range of creativity that is just as deep and wide as all the emotions surrounding the word “love.” 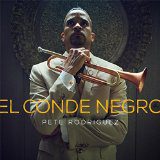 Number Nine…
PETE RODRIGUEZ – El Conde Negro (Destiny)
Imagine if Arturo Sandoval had chosen Miles Davis as his inspirational compass instead of Dizzy Gillespie. That’s what we get on the latest release from this trumpeter, vocalist, percussionist and educator. (It is “Dr. Pete Rodriguez”, if we’re going to get technical about it.) Powered by knock-out musicians like pianist Luis Perdomo, drummer Rudy Royston, percussionist Robert Quintero and the aforementioned Ricky Rodriguez, this second-generation Nuyorican wonder serves up an outstanding set of 21st-century Afro-Cuban jazz that carries a sense of exploration and experimentation you don’t usually get from the Latin sub-genre. 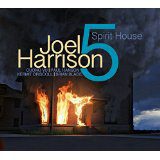 Number Eight…
JOEL HARRISON – Spirit House (Whirlwind Recordings)
Every time I think über-guitarist Joel Harrison can’t surprise me any more, there he is again with music that is more exciting, inspirational and off-the-wall than the last time he spun my head like a top. Big love to the risk-taking UK label Whirlwind Recordings for encouraging Harrison to let his freak flag fly one more time. Cuong Vu’s otherworldly trumpet combines with Paul Hanson’s effects-laden bassoon to give Harrison another incendiary front line not found in nature. Drummer Brian Blade and bassist Kermit Driscoll adds just the right amount of foundation to let this unique blend of sounds coalesce into something truly inspiring. 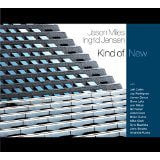 Number Seven…
JASON MILES & INGRID JENSEN – Kind of New (Whaling City Sound)
Much to the chagrin of traditionalists who loathed Miles Davis’ iconic Bitches Brew right from the jump, keyboardist Jason Miles and trumpeter Ingrid Jensen have made one of the best tributes yet to the sound that literally changed it all in jazz. While Miles & Jensen show great respect with their fresh takes on Davis tracks like “Sanctuary” and “Jean-Pierre,” it’s monster originals like the crushing effects fest “The Faction of Cool,” the snarling “Ferrari” (a piece Miles co-wrote with the late Michael Brecker in 2005), and the funked-out “Street Vibe” that show Davis’ electric visions can still thrive – and thrill – in the 21st century. 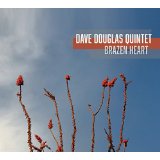 Number Six…
DAVE DOUGLAS QUINTET – Brazen Heart (Greenleaf Music)
In the early portion of his most brilliant career, trumpeter Dave Douglas chopped and changed his bands with frightening regularity. Happily, he’s brought this dizzying all-star quintet back for a sensational sequel to their 2013 debut Time Travel. Jon Irabegon may be the only sax player who can exceed Douglas in both artistry and insanity; Matt Mitchell acts as the pair’s cooling agent while adding his own lyricism to the mix, and there may not be a better rhythm section in jazz today than Linda Oh and Rudy Royston. While Douglas remains one of the most innovative composers on the menu, Brazen Heart is a resounding vote for consistency. 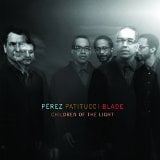 Number Five…
PEREZ PATITUCCI BLADE – Children of the Light (Mack Avenue)
We have Wayne Shorter to thank for bringing pianist Danilo Perez, bassist John Patitucci and drummer Brian Blade together: They’ve backed the mercurial saxman for over ten years. But while they’ve all made prodigious musical waves of their own, it’s their work as a next-level piano trio that may leave the biggest mark in the long run. The blinding chemistry they’ve developed allows them to turn three separate musical monologues into one riveting creative conversation where everyone supports the overall subject, avoids confusing crosstalk, and never shouts each other down. The only down side is waiting for them to do this again. 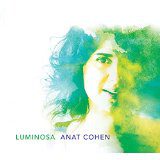 Number Four…
ANAT COHEN – Luminosa (Anzic)
Is it me, or do clarinet players have more adventures than anyone else in jazz? Anat Cohen’s musical journey has been singular in its beauty and variety, and Luminosa adds another layer of remarkable complexity to the itinerary. The Portugese singer-songwriter Milton Nascimento inspired much of the music here, and that vibe is accentuated by the stellar work of percussionist Gilmar Gomes and guitarists Romero Lubambo and Gilad Hekselman. That said, the literal & figurative electricity keyboardist Jason Lindner and drummer/percussionist Daniel Freedman interject into every song takes the date beyond a simple tribute project. 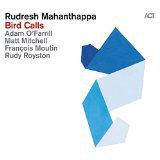 Number Three…
RUDRESH MAHANTHAPPA – Bird Calls (ACT)
The danger in tackling the mountainous legacy of an icon like Charlie Parker is that any direct take you have on his material is going to pale in comparison to the original. Groundbreaking altoist Rudresh Mahanthappa takes a decidedly indirect route on Bird Calls, creating volcanic new compositions that only use pages from Parker’s songbook as a jumping-off point. The big news here is not that Mahanthappa knocks his concept out of the park (He’s been hitting home runs for so long, it’s become an everyday thing); it’s that Adam O’Farrill’s muscular trumpet work proves that this third generation of jazz royalty is ready to rule on its own. 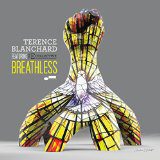 Number Two…
TERENCE BLANCHARD (feat. THE E-COLLECTIVE) – Breathless (Blue Note)
While longtime fans of Terence Blanchard are used to a little electronica amongst his soaring compositions, Breathless throws those fans off the deep end of a pool that’s filled with hip-hop beats and loops, not to mention studio effects that were only a minor player on previous Blanchard dates. His crushing take on “Compared to What” includes samples from Les McCann & Eddie Harris’ original; “Talk To Me” puts a bluesy groove to the fiery words of Cornel West; and “Everglades” is an echoing, tumultuous landscape that stretches to the horizon. Breathless is the biggest gamble Blanchard’s ever taken, and its bravery is absolutely staggering. 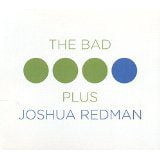 JOSHUA REDMAN & THE BAD PLUS – The Bad Plus Joshua Redman (Nonesuch)
Ten years ago, there’s no way this alliance could have happened: Sax wunderkind Joshua Redman and jazz anarchists The Bad Plus were both in very different creative places. It is a sign of their respective maturity that they have come together so seamlessly here, creating a set of rich, uncompromising pieces that establish a common musical language even as it enriches the singular attributes that made Redman and TBP’s fans love them in the first place. It might be trite to say each entity completes the other, but there are moments throughout The Bad Plus Joshua Redman where you can’t help but think, “There! THAT’S what I’ve been missing!”

That’s 2015 for you. And while I don’t know everything that’s coming in 2016, what little I’ve heard says things are going to be seriously interesting. Have a great holiday season, and we’ll see you next year!