Here’s some of the music I dug listening to this past year: 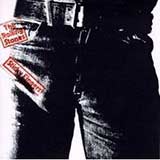 The Rolling Stones: Sticky Fingers (Polydor)
Arguably the Stones greatest album in arguably the greatest four-album run in rock & roll history (Beggars Banquet, Let It Bleed, Sticky Fingers and Exile on Main Street). This anniversary edition’s treats are the live tracks – recorded just before the band left England for France – that capture the Stones at the peak of their formidable powers. The Rolling Stones live in 1971 are just devastating. God bless you, Charlie Watts! 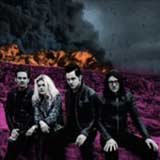 The Dead Weather: Dodge and Burn (Third Man)
The third album by Jack White’s side project proves again that a Jack White “side project” is better than most bands playing today. And I gotta admit, in addition to Jack’s guitar playing and songwriting prowess, he’s one of my favorite drummers. 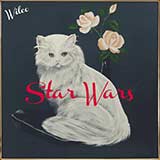 Wilco: Star Wars (Anti / dBpm)
Theres a picture of a cat on the cover, and I’m not a “cat person,” so I don’t get it. The music inside is varied and terrific, but what’s the deal with the cat on the cover? 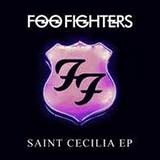 Foo Fighters: St. Cecilia (RCA)
What does one do prior to a headlining show at the Austin City Limits Festival? Well, if you’re the Foo Fighters you load recording gear into your hotel and record a blistering five-song EP. Thanks, Dave! 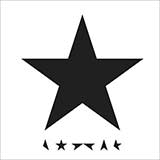 David Bowie: “Blackstar” (single) (Columbia)
OK, the album doesn’t come out until January, but the single is out now, and it’s incredible. Bowie shakes things up on this recording with a band comprised of contemporary jazz cats. Mark Guiliana plays like a modern day Elvin Jones. 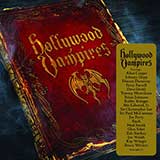 Hollywood Vampires: Hollywood Vampires (Universal)
Alice Cooper, Joe Perry and Johnny Depp are the ringleaders in this rock & roll circus. Joining them are Zak Starkey, Paul McCartney, Dave Grohl, Brian Johnston, Perry Farrell, Robbie Krieger, Slash and Joe Walsh. With the exception of two original songs the album is comprised of covers made famous by dead rockers. It may sound macabre, but it is Alice Cooper. This album is fun, a whole lot of fun.