2. Hamell on Trial @ the Low Beat, Albany, several shows throughout the year

15. Ray Wylie Hubbard with the Grahams @ The Hangar, Troy, October 24

19. The Fleshtones with the Lawn Sausages and the Mysteios @ the River Street Pub, Troy, March 8

22. The Lustre Kings with Cindy Cashdollar and Kevin Maul @ The Hangar, Troy, November 28 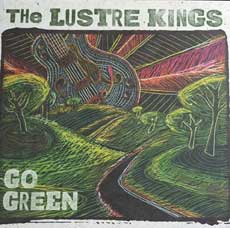 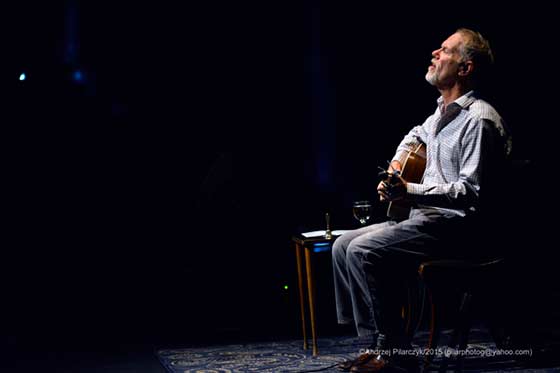 1) “Ten Klicks South of Whiskey,” a play by Ryan Smithson, local author and Operation Iraqi Freedom veteran. This may be the first great play about the two wars that have defined our century. Smithson’s play is an intricate series of candid monologues and vignettes about the lives of soldiers before, during and after deployment. The debut of this play on November 13, featuring brilliant, gutsy performances by the Averill Park High School Off-Broadway Players, wowed an audience, especially veterans and their families. Featuring horror, humor, grim scenarios, courage and optimistic closure, this is a stage work that will resonate for decades to come.

2) “Surviving Twin: A Posthumous Collaboration,” a one-man performance by Loudon Wainwright III. Wainwright’s music, mixed with personal monologues culled from the extensive writings of his late father and slides from his family’s rich past, was captivating. Nature vs. nurture, legacy and personal achievement, fate and free will, all were explored by the heart of a poet who revealed how deeply acceptance and loss endure.

1) Gary Clark Jr.’s The Story of Sonny Boy Slim. A tremendously gifted guitarist – the future of the blues – attempts to indulge all his music tastes and delivers a much-hyped yet watered down studio album that has only three decent songs.

2) Grace Potter’s Midnight. A tremendously gifted singer aims for vapid pop stardom by turning her back on her roots-rockin’ past. Sell out comes to mind. Hopefully, Potter will reclaim what made her such a compelling music force back when she and the Nocturnals would rock out soulfully at Revolution Hall.

3) Shuggie Otis at The Egg, Albany. Otis had little rapport with the audience, which made the shifts from straight-up blues to spacey soul-funk rather cold and jarring. “Tell us a bit about the songs!” I found myself screaming in my head. The vocals were lost in the mix, and Otis, not a strong singer, was straining throughout much of the show. His guitar work was impeccable, but the band was rather pedestrian until they woke up for the encores. It was barely a 70-minute concert. Weird…

4) Buddy Guy’s encore at The Egg, Albany. The blues legend was hitting on all cylinders until the encore, which was an overlong, extraneous mash-up of Hendrix and Cream. As a lifelong fan, all I could think was, “Why can’t you just stick to the rich trove of songs you’ve written, Buddy?”

5) Not getting a ticket for the sold-out Tedeschi Trucks Band show at The Egg, Albany. I’m still kicking myself about that.

MAY THEY REST IN PEACE

Popsy Dixon and Wendell Holmes of the Holmes Brothers: They were two-thirds of the best band I ever saw, and friends of mine for half a lifetime. Their NEA National Heritage Fellowship Award in 2014 was long overdue, but I’m proud to know they got to enjoy the recognition.

B.B. King: The King of the Blues. One of a kind. My favorite musician of all. I’ll never forget sitting on his tour bus after a show at the Palace Theatre and talking with him about everything under the sun.

Allen Toussaint: Was there anything he couldn’t do? Singer, songwriter, pianist, producer and inspiration to so many in New Orleans and beyond for several decades.

Cynthia Robinson: Trumpeter and vocalist with Sly & the Family Stone. She was ahead of her time. Just listen to her performance on “Dance to the Music.” WOW!

Mighty Sam McClain: A soul, blues and gospel singer-songwriter of the highest order. His life story was incredible, and he never forgot where he came from.

Dick Quinn: Legendary fan of live music and friend to many. The Capital Region lost a great one.