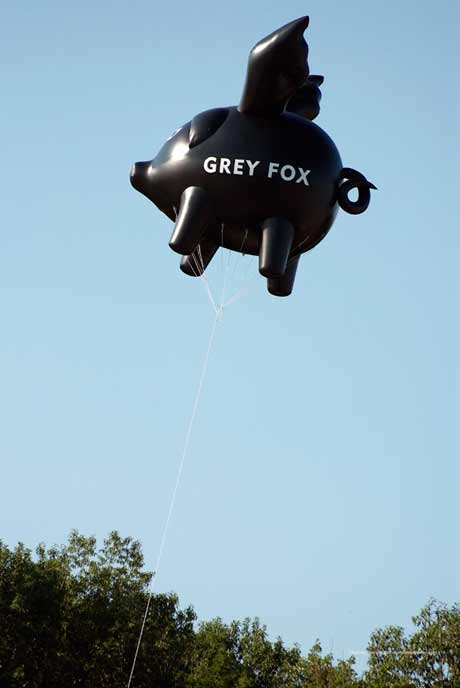 1. Greyfox Bluegrass Festival @ Walsh Farm, Oak Hill, July 16 (Day One): A beautiful day with music that was still going when I left at 1am. The Gibson Brothers, the Straybirds, Peter Rowan’s Bluegrass Band, the Del McCoury Band, Infamous Stringdusters and the SteelDrivers – but my favorite was the Darol Anger-led Mr. Sun, who stretched bluegrass about as far it would go.

2. Ry Cooder, Ricky Skaggs, Sharon White & Friends @ The Egg, Albany, November 15: There might not have been as many instrumental explosions as people were hoping for, but the all-star group gave us a history lesson in Appalachian gospel with harmonies that sent shivers.

3. Jazz at the Lake @ Shepard Park, Lake George, September 19 (Day One): A beautiful setting, a gorgeous day and utterly sublime music by Jamie Baum’s Septet, the Jazz Passengers and the Jason Marsalis Vibes Quartet, but the day began with my favorite set by the Julian Lage Trio. I am sure Sunday would have made my list, too, but I couldn’t attend.

4. Ginger Baker’s Jazz Confusion @ The Egg, Albany, June 16: It might have been a short set, but Mr. Baker showed us why he has been one of the most influential drummers. He led his band – Pee Wee Ellis on sax, Alec Dankworth on bass and Abbas Dodoo on percussion – through almost his entire recent album Why?.

5. Richard Thompson @ Club Helsinki, Hudson, April 23: Like the old days at the Iron Horse – great songs, brilliant guitar playing and acerbic humor pointed at The Donald in Thompson’s introduction to “Fergus Laing.” And like days of yore he finished with a cover of the Who’s “Substitute.”

6. The Funky Meters @ College of Saint Rose’s Massry Center for the Arts, Albany, April 16: With Art Neville and George Porter Jr. leading the way, the band took us for a joyous groove-filled ride, and when the show ended they hung out and chatted with the audience.

7. The Tedeschi Trucks Band @ The Egg, Albany, December 8: A great evening of music highlighted by the big band’s instrumental and vocal prowess that peaked with “Midnight in Harlem.”

8. The Joey Alexander Trio @ the Music Haven in Central Park, Schenectady, August 2: Shorter, Strayhorn and Monk: not exactly the musical composers who would be at the top of most 12-year-old’s musical interest. It was breathtaking to be in attendance knowing that this was just the beginning.

9. Slaid Cleaves @ Caffe Lena, Saratoga Springs, May 15: Slaid and guitarist Duke Levine provided us with an evening of terrific songs and stories. “Quick as Dreams,” about jockey Tommy Luther, was one of many highlights.

10. Kat Edmonson @ The Egg, Albany, October 15: A great voice that has been compared to Billie Holliday’s and some fine songs (like “The Best”) kept the audience enchanted. Her opener, Milton, who turned in a brief but solid opening set, returned for one of the evening’s highlights, “Ain’t Been the Same.” 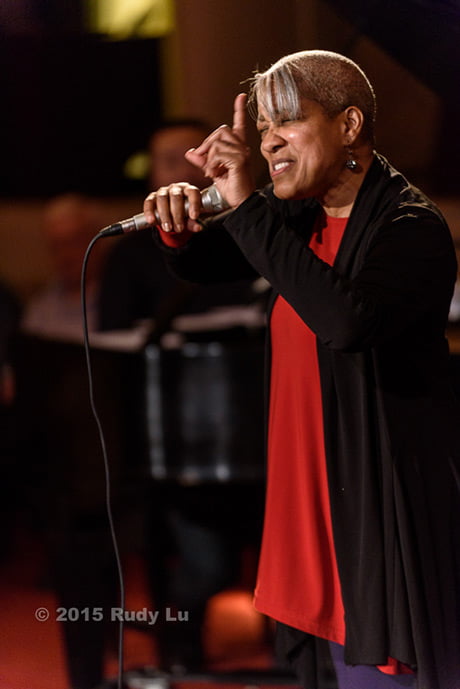 11. Rene Marie @ Unitarian Universalist Society of Schenectady’s Whisperdome, Schenectady, September 18. The sublime singer finally returned to A Place for Jazz and was as entertaining as the first time that I saw her. Whether it was standards such as “When You’re Smiling,” show tunes like “Oklahoma” or giving Aretha a run for her money on “Do Right Woman Do Right Man,” she and pianist John Chin lit up the house.

12. The Chris Potter Trio @ Unitarian Universalist Society of Schenectady’s Whisperdome, Schenectady, November 13. The A Place for Jazz concert was advertised as a quartet, but showed up as a trio. And that put some added pressure on Potter, bassist Drew Gress and drummer Adam Cruz to fill in some of the empty space. They were more than up to the task.

13. Jason Isbell & the 400 Unit @ The Egg, Albany, May 22: Isbell and band provided us with ample evidence as to why his album Southeastern received numerous awards. When he returns to the area, I doubt the venue will be as intimate as The Egg.

14. David Bromberg/Larry Campbell @ The Egg, Albany, April 12: The intimacy of the Swyer Theatre made this feel like you were hanging out with two great instrumentalists in their living room. The music ran the gamut from bluegrass to country, from folk to blues.

15. Cyrille Aimee @ Shepard Park, Lake George, August 12: From jazz standards to Django-like songs to Michael Jackson’s “Off the Wall” to the Doors’ “People Are Strange,” Aimee and her band were truly mesmerizing.

16. Peter Wolf & the Midnight Travelers @ The Egg, Albany, October 10: The poor man’s Mick Jagger? Nah, I’ll take Peter Wolf. He and his fabulous band – led by Duke Levine – were hitting on all cylinders as they explored all the musical roots we might expect, but in some very unexpected ways.

17. Hamell on Trial @ the Low Beat, Albany, December 30: When the world is totally out of balance, there is only one man to restore equilibrium and bring in the New Year.

1. Ryley Walker @ the Low Beat, Albany, October 12: The show was pretty good, but after listening to his album Primrose Green constantly for several months, he played nary a song from it. This might be understandable if it was an old album, but it was released in 2015. 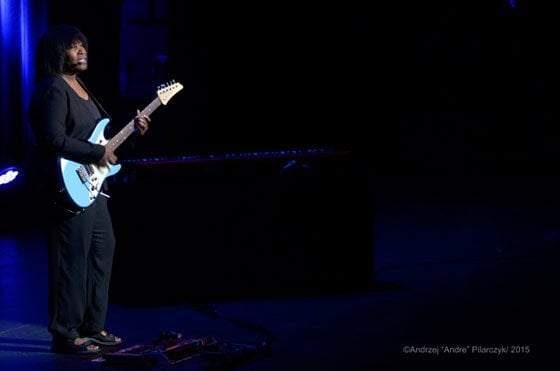 2. Joan Armatrading @ The Egg, Albany, April 12: I got to hear the acoustic oldies, but the sound for the electric guitar numbers was horrible. And if you need additional instrumentation, how about a band instead of pre-recorded music?

3. I had tickets for Dave and Phil Alvin at the Iron Horse Music Hall in March and the Hollow Bar + Kitchen in October. Unfortunately, my life got in the way, and I made it to neither. Dave and Phil, please come back… And if you have settled your brotherly differences, how about an album of originals in 2016?

1. The Bruce Katz-less Band @ Riverfront Park, Athens, August 21: I had been listening to Live! at the Firefly and was eager to hear Bruce, but alas a bigger and better gig arose, and his band – minus Bruce and his Hammond B3 – were there to play.

Best of 2022: Mark Hudson’s Five Favorite Gigs of the Year

Best of 2022: Mark Hudson’s Five Favorite Gigs of the…