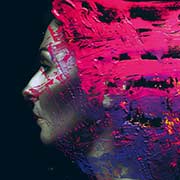 Steven Wilson: Hand. Cannot. Erase. (KScope Blu-ray)
When he’s not remixing the prog-rock canon for surround sound, Wilson creates his own ambitious multimedia presentations. His performance at The Egg last year was mesmerizing, and he’ll be back in March. See you there!

The Waterboys: Modern Blues (Puck/Kobalt)
Mike Scott and his ever-changing band of minstrels went to Nashville and recorded not a country album but rather the loudest, most aggressive album of their entire career. “Still a Freak” indeed! 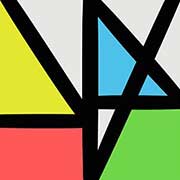 New Order: Music Complete (New Order Ltd./Mute)
They abandon any effort to stay cutting edge and/or contemporary and are instead content to make a New Order record. Naturally, it ends up being their best effort in 30 years!

Seth Avett & Jessica Lea Mayfield: Sing Elliott Smith (Ramseur)
Smith’s heart-rending lyrics (am I allowed to say that given the manner of his death?) are much easier to enjoy here thanks to gorgeous arrangements and Mayfield’s beguiling voice.

Sleater-Kinney; No Cities to Love (Sub Pop)
Perhaps the year’s most welcome reunion. Again, no concessions to style or fashion, just powerful alt-rock. 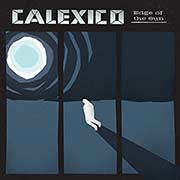 Calexico: Edge of the Sun (Calexico/Anti)
The songs are pretty good, but it’s really the sublime arrangements that make this record almost-great.

Yo La Tengo: Stuff Like That There (Matador)
This isn’t my favorite Yo La Tengo – I prefer them in loud, tacky, electric mode – but the hushed vocals and low-key instrumentation of Stuff… does have its own charms.

The Dead Weather: Dodge and Burn (Third Man Records)
Singer/lyricist Alison Mosshart can do no wrong even when she dares to update “Stagger Lee,” and Jack White’s production is bold and in-your-face.

The Decemberists: What a Terrible World, What a Beautiful World (Capitol)
Sure they can be precious and self-referential (was opening with “The Singer Addresses His Audience” really a good idea?), but their musical inventiveness ultimately makes the Decemberists one of the most interesting bands around. 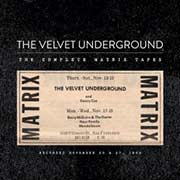 The Velvet Underground: The Complete Matrix Tapes (Universal)
From late ’69, this 4-CD set finds the band in good form (albeit post-Cale, and hence less discordant), and the recording quality is excellent. An essential release.

Neil Young and Bluenote Café: Bluenote Café (Reprise)
Some of the songs on this two-disc set are generic blues workouts. Neil seems to know this and fills every nook and cranny not occupied by the horn section with tasty guitar licks. As usual with ’80s Neil, the live show was a million times better than the contemporaneous studio album. 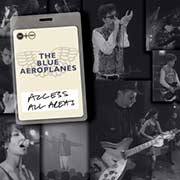 The Blue Aeroplanes: Access All Areas (Edsel)
From Bristol England, the Blue Aeroplanes were one of the finest live bands of the early ’90s, and perhaps the only one to feature a full-time dancer. This CD/DVD set of a 1992 performance captures them in top chiming form.

King Crimson: Live at the Orpheum (Discipline Global Mobile)
If you caught them at the Egg in September 2014 you know how incredible this is. But where’s the other half of the performance? 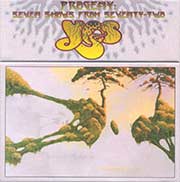 Yes: Progeny: Seven Shows from Seventy-Two (Rhino)
Does anyone really need 14 discs of live Yes? Well, the differences between shows are slight, and the set lists are identical, but I love the warts-and-all nature of these recordings.

Leonard Cohen: Can’t Forget (Columbia)
This is an interesting collection of odds and sods from Cohen’s recent tours, with great lyrics and some fascinating arrangements. 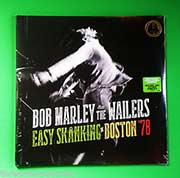 Bob Marley & the Wailers: Easy Skankin’ in Boston ’78 (Tuff Gong/Universal)
The recording quality is a trifle dodgy in spots, but what a great setlist!

The Jimi Hendrix Experience: Freedom: Atlanta Pop Festival (Experience Hendrix/Sony)
July 4 1970: way better than Woodstock and Isle of Wight, but not as good as Berkeley.

Frank Sinatra: At Sydney Stadium (Reprise)
This was released as a bonus disc with some copies of the Ultimate Sinatra compilation. It’s not the complete show but rather some highlights of Ol’ Blue Eyes performance on December 2, 1961.