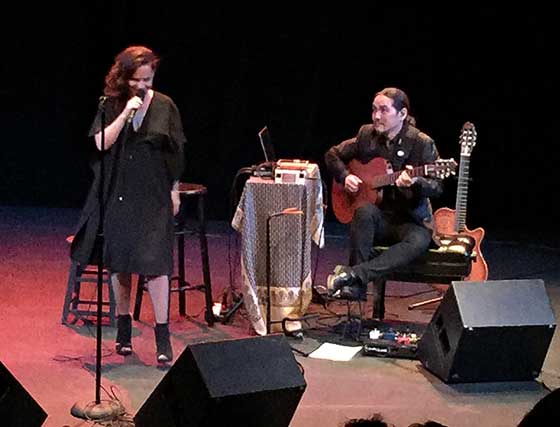 “I thought I was coming to warm up you guys, but you are warming up myself,” Bebel Gilberto said after a gentle and soulful opening rendition of the Chico Buarque composition “Samba E Amor.”

Her name alone carries tons of weight – her father, Joao Gilberto, is one of the architects of the Brazilian bossa nova/jazz idiom, and she has a lot to hold up to. Yes, that’s her background, but in general, Gilberto is not simply recycling what came before her. Rather she fuses her lineage with an interesting pop and electronic dynamic that conjures comparisons to diverse artists like David Byrne, Thievery Corporation and Chico Buarque (her uncle).

Her recent performance at The Egg’s Swyer Theatre was part of the Rhythm International series, and her belated “Valentine’s Day Is For Lovers” concert was performed as a delicate duo featuring herself and guitarist Masa Shimizu. The evening covered everything from bossa nova standards like “So Nice” to Radiohead’s “Creep,” Neil Young’s “Harvest Moon,” Eurythmics’ “Sweet Dreams” and original songs from Gilberto’s most recent album, Tudo.

The duo format can be nerve wracking because of its sparsity, but it also offer plenty of space for creativity. Gilberto’s presence filled the room as she gestured and comfortably interacted with the audience, getting a roomful of clapping, snapping and singing at various points throughout the evening to add to the overall energy of the performance. On an original piece from Tudo, she did a kind of vocal drum trade-off with the guitar.

The old standard “Dream a Little Dream of Me” was done as a kind of bluesy thing that ended with an impossibly quiet outro featuring just guitar and Gilberto whistling, as she had the full attention of the audience. She even pulled back from the mic just a bit to emphasize the dreamy, and carefree quality of the whistles. Keeping in this vein, she also began her next piece, a Caetano Veloso composition with more whistles.

Perhaps the most moving sequence of the night was Neil Young’s “Harvest Moon” of which Gilberto said “I hope… no, I know you’re gonna like it,” as she twisted the audience’s heartstrings with Young’s lyrics before launching right into Radiohead’s “Creep,” which was also passionate, but gave way to some comic relief as she so cutely sang the refrain, “You’re so fucking special.”

The short but moving set of music was rewarded with a standing ovation that elicited an encore where we were able to catch a glimpse into this other world of electronic fusion that Gilberto also embraces. Shimizu reached over to his laptop which played an electronic backing track featuring drums played with brushes and a Stan Getz-like saxophone sample, while still strumming along live on his guitar, with Gilberto tying it all together. 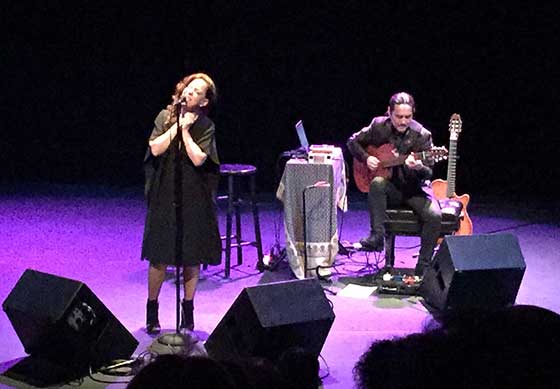 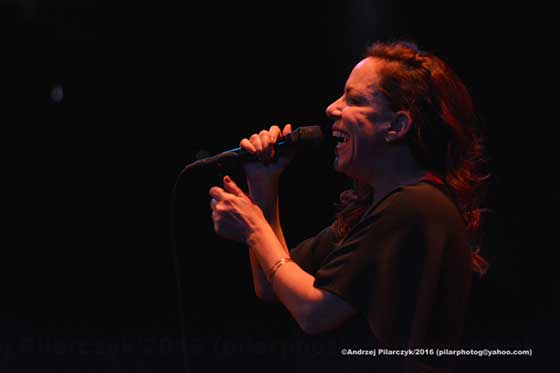 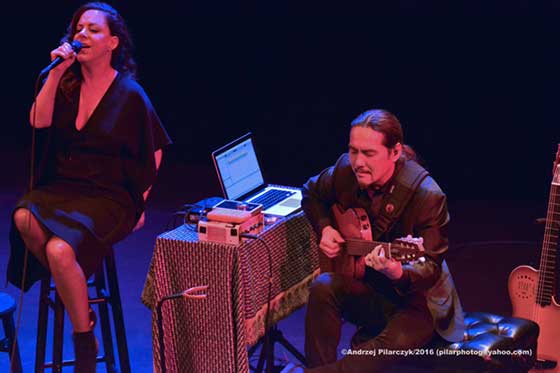 A FEW MINUTES WITH… Kate Taylor