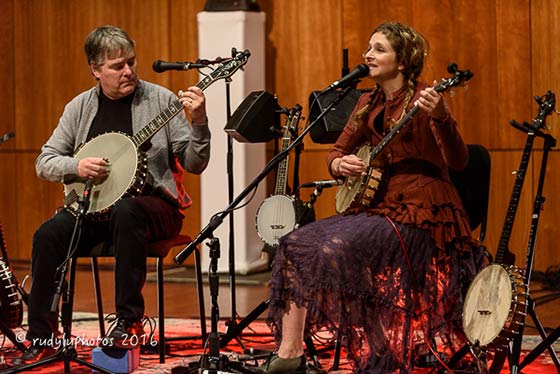 The concerts at the College of Saint Rose’s Massry Center for the Arts are held in the Katherine Picotte Recital Hall. The term “recital hall” conjures up visions of piano concertos and string quartets, and the Picotte’s immaculate acoustics are tailor-made for both. They’re also dead solid perfect for the beautifully intimate music husband-and-wife team Abigail Washburn and Bela Fleck bring to the table. Then again, the standard recital-hall lighting allowed the duo (who have just released their self-titled debut disc) to see their audience, which seemed to put them off-stride initially. “I’m almost distracted,” Washburn admitted.

“I feel like I’m at the zoo,” Fleck added, displaying the tongue-in-cheek manner familiar to anyone who’s seen Bela Fleck & the Flecktones in concert.

“We hope you like banjos,” Washburn deadpanned as she and Fleck tuned up, surrounded by what seemed like every kind of banjo available for purchase. As if to accentuate that comment, the duo slid into a classic for the instrument, “I’ve Been Working on the Railroad.” Washburn’s voice was high and sweet on the lyric as she took the melody to a brand new place and then laid down a vamp for Fleck to take off on. His solo darted and dived and hovered like a hummingbird, leaving the sold-out house cross-eyed but smiling. The couple’s take on the century-plus-old piece was Appalachian deep and John Sayles dark, but while bluegrass was at the heart of almost everything they did over the course of two sets, there was always so much more happening.

It seems like kismet that two of the best banjo players in the world would get together, but it’s doubly amazing that their respective approaches dovetail even though they come from such different places. It comes down to picking style, with Fleck playing 3-finger style while Washburn plays clawhammer: Although Fleck’s style is cleaner and crisper and seems more solo-centric, Washburn’s older style is more supportive and is (in Fleck’s words) “more about groove.” Put the two together and the resulting sound is utterly phenomenal. Throw in the Picotte’s acoustics, and the two instruments chimed like bells, hypnotizing us one moment and delighting us the next.

The acoustics worked just as perfectly when Washburn stepped away from the mic to offer an a cappella version of Sarah Ogan Gunning’s organizing song “Come All You Coal Miners.” Like many of the Kentucky native’s songs, the imagery was both brutal and harsh, describing what Gunning saw through her kitchen windows as the miners, worked to death by the bosses, were broken down bit by bit, day after day. Washburn bought us right into the middle of that world, and would have taken us deeper if she hadn’t had to stop in the middle of the song because she saw Fleck sitting in the audience with their son Juno on his lap; Juno has massively curly blond hair and pins the Cuteness meter firmly in the red. “This is the problem with seeing you people,” Washburn laughed, saying she had to sing another song that “isn’t so depressing!”

It’s hard to be depressed with this combination – not only because the music is so damn beautiful, but because Washburn & Fleck both have a razor-sharp wit that usually comes with people so used to thinking and playing outside the box. Before working through an intricate, wide-ranging improvisation on the minuscule banjo ukulele, Fleck asked innocently, “Does this banjo make me look fat?” Washburn elicited great laughs while she asked the crowd for words that rhymed with “Albany” so she could work them into the lyrics of Lily Mae Ledford’s “Banjo Pickin’ Girl.” Fleck prefaced Washburn’s take on a Chinese folk song with a title that translates to “The Sun Has Come Out And We Are So Happy” by admitting, “I’ve been to China three times, and it always sounds like they’re having an argument!” Washburn (who speaks fluent Mandarin) happily demonstrated how a simple conversation with a cab driver could sound like two people on the verge of coming to blows. During the second set, Washburn introduced the reverse-murder ballad “If I Had A Shotgun” by telling us, “If you’re having a bad day and you’re listening to old-time murder ballads, it really gives you perspective.”

What gave us perspective was the variety of banjos available to the average picker, as well as what those banjos can do. Along with the high-pitched banjo ukulele (one of which Washburn & Fleck raffled off to raise money for the Food Bank of Northeastern NY), both Washburn & Fleck played the drum-like bass banjo to give pieces a range and depth you wouldn’t have thought possible. You wouldn’t think playing Bach on a banjo was possible, but then a marimba was rolled out by stage hands as Washburn introduced Colleen Bernstein, an Eastman School of Music student Washburn & Fleck had met during a tour stop in Rochester. Fleck and Bernstein then played a duo version of a Bach concerto that practically made the concert hall glow. The material then swung from Bach to the Flecktones when Washburn & Fleck did a sweet reboot of “New South Africa.”

The show ended with a return to the banjo’s roots, thanks to a rollicking sing-along version of “Hear It Ring” and a haunting encore of “Jesus Is My Potion”, the latter tune dedicated to Washburn’s late mother June, who is the inspiration for Juno Fleck’s first name. This wasn’t a concert so much as it was a husband and wife sitting on the porch and playing music they love, and we got to be part of it when we weren’t drinking in the warmth of Fleck & Washburn’s respective talents and mutual love. Maybe banjo duets weren’t what the Picotte was designed for, but the space’s own talents made the music extra special. 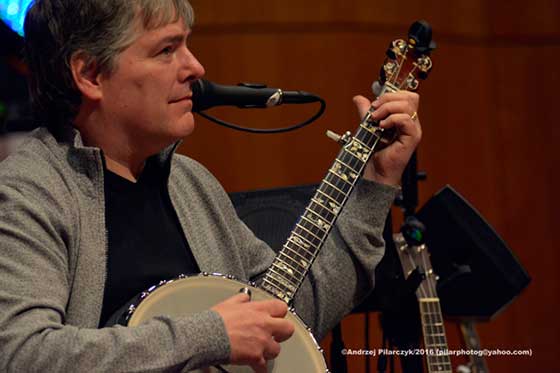 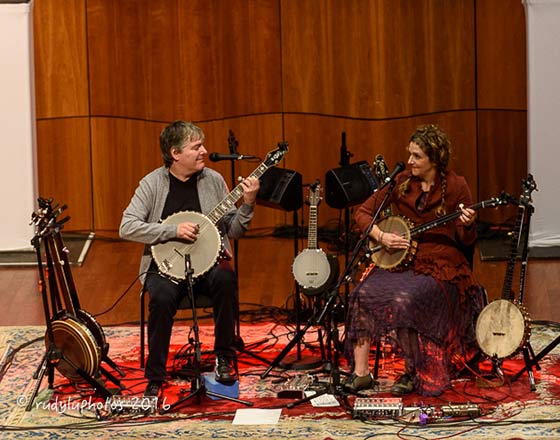 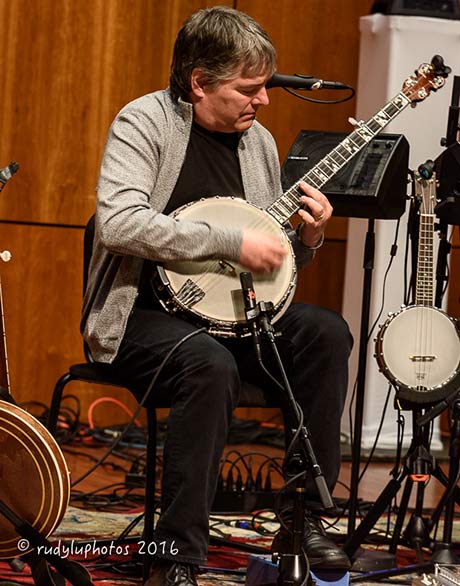 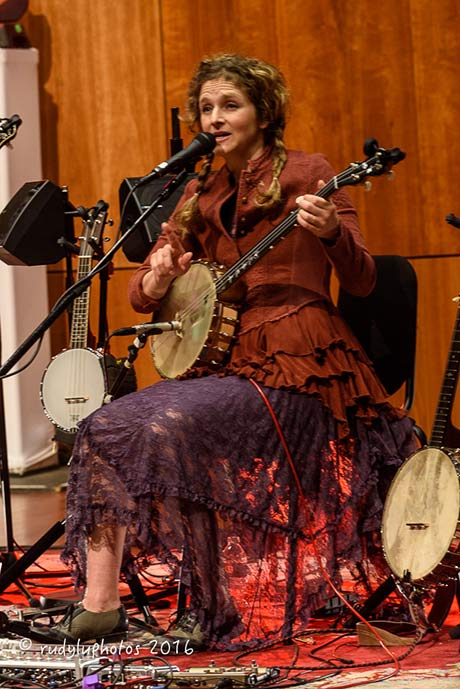 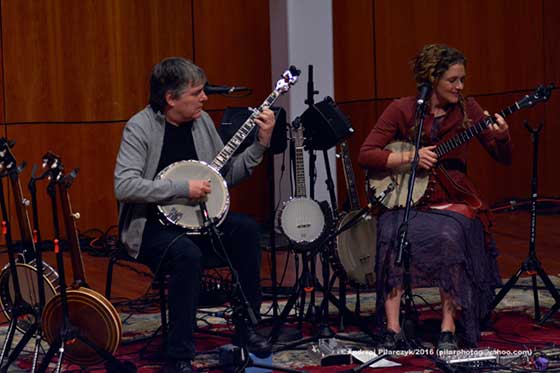