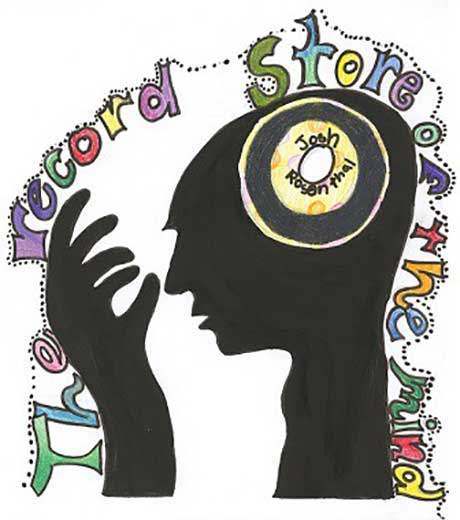 Josh Rosenthal is a Grammy-nominated record producer and founder of the highly influential Tompkins Square indie record label. He’s also making a stop at the Albany Public Library’s Main Branch at 7pm tonight (Monday, April 4) to discuss and read from his new book, “The Record Store of the Mind.”

The book is part music criticsm, part music history and part memoir, and it’s the memoir part that may be of greatest interest to Local 518 music fans. In the late ’80s, Rosenthal was a student at UAlbany (Class of ’89), where he became music director of WCDB-FM, the college radio station. His book makes references to such seminal Greater Nippertown music venues as QE2 and Valentine’s Music Hall, and one of the book’s most pivotal scenes revolves around Elvis Costello’s concert at Albany’s Palace Theatre in 1989.

No less an authority than Grammy Award-winning singer-songwriter producer T Bone Burnett has hailed Rosenthal as “a record man’s record man. He is also a musician’s record man. He is in the line of Samuel Charters and Harry Smith. In this age where we have access to everything and know the value of nothing, musicians need people like Josh to hear them when no one else can.”

At tonight’s reading, Rosenthal will be accompanied by multi-talented musician (and fellow WCDB alum) Michael Eck. Admission to the reading/musical performance is free.