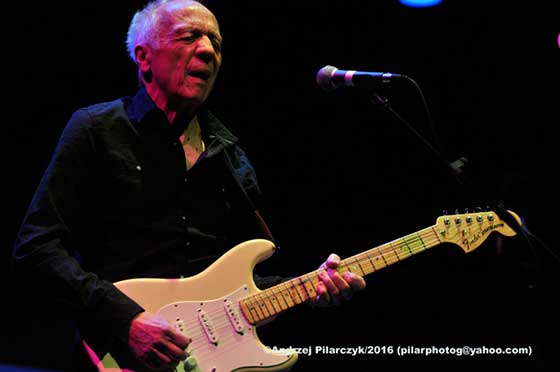 Seeing Robin Trower at The Egg brought back long-ago memories, long forgotten by time, lots of time. I was fourteen on the New Jersey beach coast, Wildwood, hanging around the boardwalk mid-day avoiding my parents who were out on the beach sands sleeping under their sun-soaked umbrella.

Predating boom-boxes, I had a Panasonic battery-operated cassette recorder/player up to my ear listening to Joe Walsh’s The Smoker You Drink, the Player You Get, and I ran into two brothers, a year or two older than me, from Philadelphia on the boardwalk. They asked me, in a confrontational manner, what was I listening to. I told them, and they shook their heads that they didn’t know who that was.

I told them all about Walsh’s tenure with the James Gang and that this was his second solo album, one of my all-time, now and then, favorites. They liked it upon a first listen, but said I gotta listen to Robin Trower, because he was the greatest guitarist alive after Jimi Hendrix. I then followed them off the boardwalk to a nearby record store and after some prodding bought the latest outing by the English guitarist, Robin Trower. They, in turn, bought my Joe Walsh album on cassette.

Holy cow, I fell all over myself with a big grin listening to Trower’s Bridge of Sighs. The brothers and I spent a week of hell with our respective parents, on a normal vacation, listening to the two albums on my player and vowing to be life-long fans of both guitarists. And I am to this day. I hope the brothers are, too!

Flash-forward to the dark and comfortable Hart Theatre at The Egg last week where Robin Trower, now in his early 70s – is about to go on. What the hell is this 71-year-old man doing on stage anyway? Playing rock ‘n’ roll at an age when others are in retirement homes and he’s performing in front of a nearly sold-out house. I scratched my head, knowing full well that if he was up to par, he would do well and that would explain things.

From the first note you knew Trower was indeed on target. He sang a song or two off his new album, Where Are You Going To, and they fit magnificently into the context of the evening’s concert. Who knew he could sing all these years? The majestic dynamics and the tone of his guitar took everyone there to the stratosphere, if not to nirvana. An amazing concert for someone so mature that brought fathers and sons together, grandfathers and grandsons together, sitting and applauding every note.

These kind of concerts are becoming a positive trend – parents, and even grand-parents, are introducing their offspring and relatives to the music they love. And Robin Trower is one of those musicians worth loving. So no hiding on the boardwalk with these kids, they were out there in the theater and loving it. 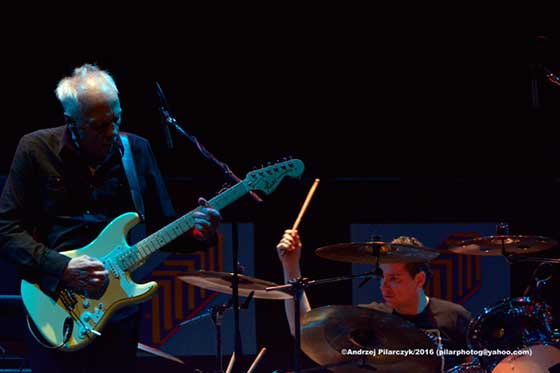 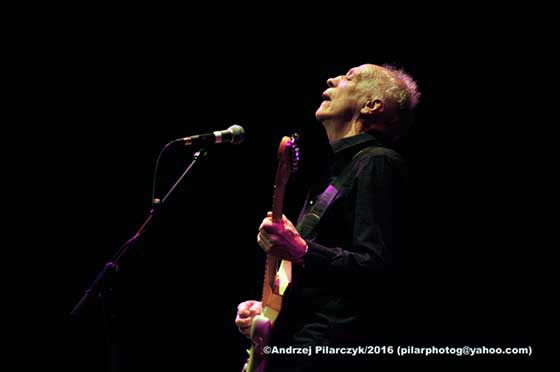