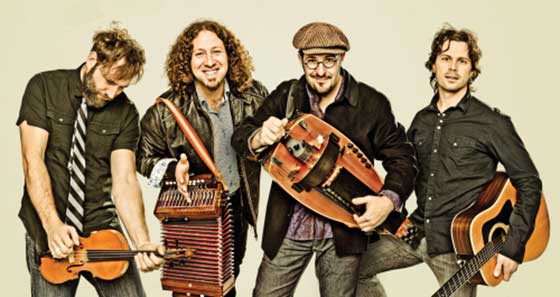 Considered a driving force in progressive folk, Le Vent du Nord captures the energy and mirth of a Saturday night kitchen party, infusing old Québec with a breath of fresh, cosmopolitan air, as they blow into the Colonial Theatre in Pittsfield on Thursday (May 26).

The band delivers catchy songs and tunes, some taken from the Québec traditional folk repertoire, while others are original compositions. The group has a rich and varied instrumentation, well-polished musical arrangements, and wonderful vocals.

Both the Quebec folk music quartet and its audience, will share the Colonial stage Thursday, May 26 at 8pm, as part of the theatre’s “On the Stage” Series.