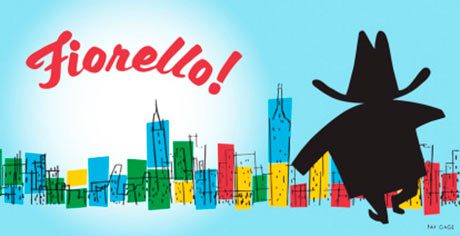 Kate Maguire, Artistic Director of Berkshire Theatre Group, is excited about the young cast of the classic musical Fiorello!, opening this week at the Unicorn Theatre in Stockbridge. Directed by Playwrights Horizons founder Bob Moss, Fiorello! will run from Wednesday (June 15) through Saturday, July 23. “I’m thrilled that we’re starting the season with this delightful, Pulitzer and Tony Award-winning musical, created by Jerry Bock and Sheldon Harnick, who currently have two hit shows on Broadway, She Loves Me and Fiddler on the Roof.”

Moss adds, “Mayor LaGuardia was long gone by the time I moved to New York, so I never lived under his tenure in City Hall. But the ‘Little Flower,’ as he was called, lives on in memory. The music is toe-tapping, the characters are richly drawn and a story about good guys is desperately needed in today’s jaded and vitriolic politics. It’s great to be reminded, as the music lifts us aloft, that good can triumph over selfishness.”

Lustre Kings Set to Play at the Takk House in Troy This Sunday, December 5th

The Scene & The Biz

Pint Sized & No Fun, Set To Open In Troy On Friday, December 10th

Pint Sized & No Fun, Set To Open In Troy On Friday,…