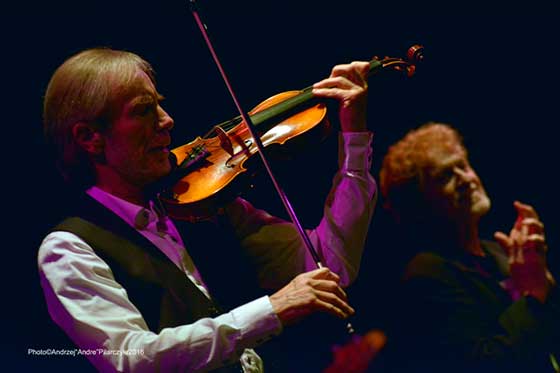 As the recent Albany debut of the AndersonPonty Band approached the three-hour mark at The Egg, former Yes lead singer Jon Anderson started singing “Soon,” the coda to “The Gates of Delirium:”

“Soon, oh soon the light
Pass within and soothe this endless night…”

The evening’s proceedings weren’t quite “endless,” but a show that featured dazzling musicianship and intriguing reinventions of several classic Yessongs was sadly robbed of momentum twice, first by a long intermission and later by an interminable drum solo.

Led by Anderson and the supremely talented French violinist Jean Luc Ponty, the six-piece band is touring in support of 2015’s Better Late than Never. In fact the first six songs followed the album’s sequencing exactly: “One in the Rhythm of Hope, “A for Aria,” “Owner of a Lonely Heart,” “Listening with Me,” “Time and a Word” and “Infinite Mirage.”

It was a pretty impressive opening salvo. Anderson, like many septuagenarians, has had some health problems (notably a severe asthma attack in 2008), but his high alto vocals were as appealing as ever – perhaps a little breathier, conversational rather than stentorian. Ponty’s violin playing was flat-out gorgeous and well-integrated into both the new material and the older Yes tracks.

The band’s willingness to re-arrange the Yessongs paid off nicely. “Time and a Word,” for instance, was given a nifty reggae treatment, Ponty’s solo beginning with an angular, choppy attack that played off the rhythm before becoming more lyrical and free-flowing. And the original version certainly didn’t conclude with a brief extract from Bob Marley’s “One Love!”

Anderson left the stage briefly and the band ripped into “Jig,” a Ponty composition that found the violinist engaging in an extended call-and-response duel with guitarist Jamie Glaser. The opening set concluded with “New New World,” yet another quasi-mystical track from Better Late than Never.

The band’s sound lightened considerably for much of the second set, as keyboardist Wally Minko switched from synth to piano and the sometimes bombastic Rayford Griffin moved out from behind his mammoth kit to caress a single drum. Minko played a lovely extended intro on grand piano before the band eased into “Wonderous Stories” and a delightful version of “Long Distance Runaround.”

Alas, the show bogged down considerably after that, with “Renaissance of the Sun,” “State of Independence” and especially “Enigmatic Ocean.” Griffin by now had returned to his enormous kit, a set-up that even Rush’s Neil Peart would envy, and he played a solo so long you’d time it with a calendar rather than a stopwatch. Everyone else seemed to love it, but I found myself longing for Geddy – oops, make that Jon – to start singing again. I’ve had relationships that didn’t last nearly as long as this drum solo…

The closing brace of Yessongs was rather more enjoyable. “And You and I” was dedicated to longtime Yes bassist Chris Squire, who passed away last June. Bassist Keith Jones got his obligatory solo spot with an extended intro to “Roundabout.” The endless night finally came to a close with “Yours Is No Disgrace” and the aforementioned “Soon.” Memories of the highlights will probably endure long after that interminable drum solo has been forgotten.

Anderson isn’t taking much time off this summer. He’s currently working up new material with former Yes cohorts Trevor Rabin and Rick Wakeman, and the trio has already booked dates (Boston and New York are the closest for Nippertown readers) for a fall tour.

SECOND OPINIONS
Excerpt from David Singer’s review at The Daily Gazette: “Tightly orchestrated, they gave us some great moments. They also took some good songs at the beginning and delivered lifeless moments with arrangements too tight and too busy. But they delivered more than enough through most of the show to make the night, as a whole, fantastic. The AndersonPonty Band was a lot of Anderson out front, singing, explaining his thoughts behind the songs, reciting poetry, and projecting his signature voice that we all equate with the band Yes. The sound of his voice has not changed, but the clarity and the attack of his lines have decreased. He is more gentle with his singing, and more thoughtful, seemingly concerned with us understanding the meaning of his songs. They played early in the show ‘Owner of a Lonely Heart,’ where Ponty played his first big solo. His playing hasn’t turned down: still aggressive, electric and with a lot of notes in a small amount of time.” 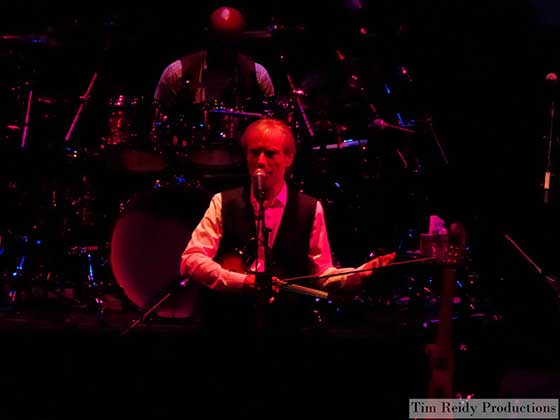 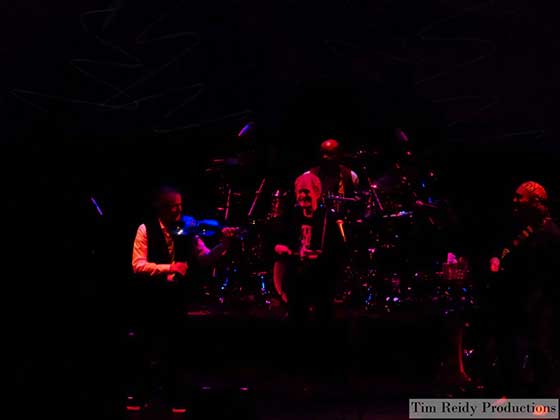 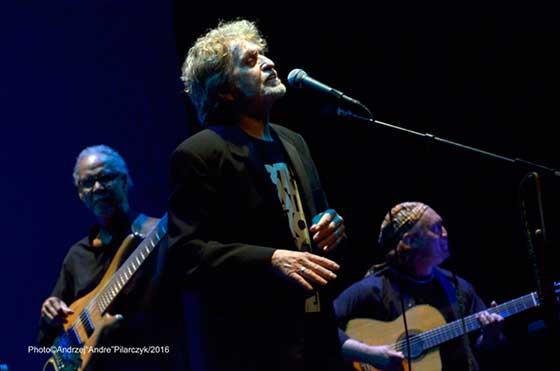 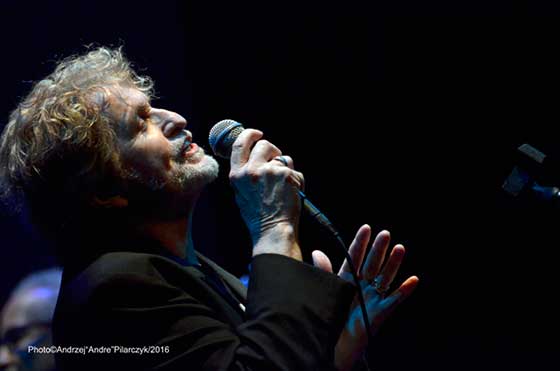 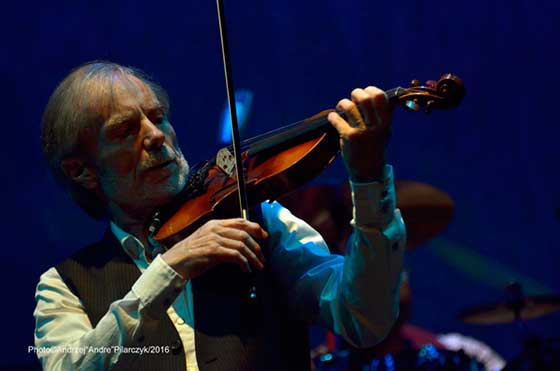 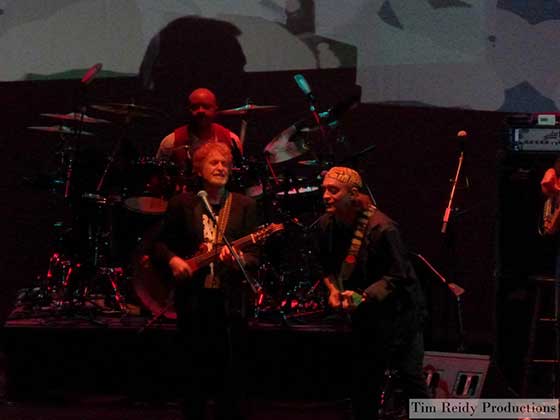