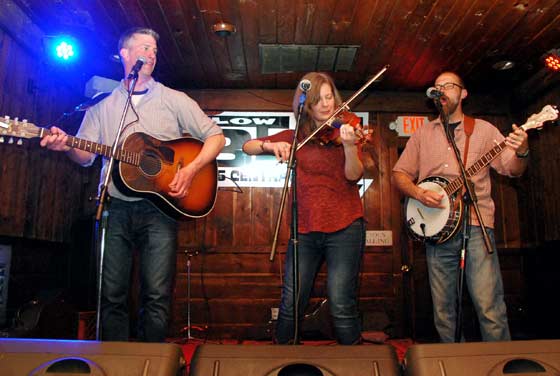 Photograph of the Canjo 10’s by Alan Goldberg

The free concerts take place at 7pm on Mondays on the lawn of the Elks Lodge in Albany.

Here’s the complete schedule for the 2016 Upper Madison Concert Series:

July 18: The Canjo 10s
An eclectic acoustic trio serving up folk, pop, rock and Americana into a big ole mess of fun.

July 25: Morris Code
Albany five-piece rock band featuring tight arrangements and hard-hitting vocals. Morris Code can take you from classic rock to punk to ska in the blink of an eye.

Richiman and Groove Nice Bring the Blues from Korea to the Linda, Feb. 5

Professor Louie and The Crowmatix to Take the Stage at The…