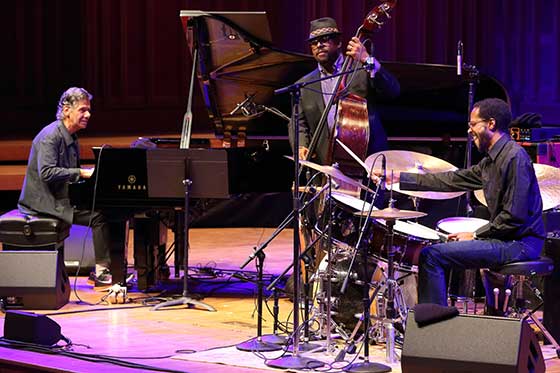 The name on the ticket simply read Chick Corea, and there was no doubt that the acclaimed jazz pianist was the leader of the band. But when your bandmates are bassist Christian McBride and drummer Brian Blade, it seems almost criminal to leave their names off of the billing. This is a trio that’s so much greater than the mere sum of its parts.

Still celebrating his 75th birthday (yes, it was in June, but as the pianist declared to the crowd at Tanglewood’s Ozawa Hall on Sunday night, “When you’re 75, you celebrate all year”), Corea is an astonishing (and astonishingly versatile) musician, who has racked up 63 Grammy nominations and 22 wins over the course of his illustrious career.

But Corea isn’t all about numbers, and don’t think for a moment that he’s resting on his past laurels. Midway during the second of his two 50-minute sets he said, “We’d like to continue with a new piece by an up-and-coming composer – me.” He launched into “The Enchantment,” and soon McBride (reading the sheet music music for the only time during the concert) joined in to play the melody line in harmony with him. And Blade slid effortlessly into the epic composition, driving the thrilling, ever-shifting time signatures.

While Corea served up several of his own compositions – his show-closing “Fingerprints” was another high-water mark of the evening – he also has nothing left to prove at this point in his career, and so he paid tribute to several of his mentors and inspirations, including Bill Evans (a playful, buoyantly melodic “Alice in Wonderland”) and Bud Powell (“Dusk in Sandi,” which was at once jaunty and majestic, as Corea plucked and strummed the strings inside the body of the Yamaha grand).

But it was the back-to-back tribute to Miles Davis that proved to be the trio’s most sparkling offerings. Never merely a timekeeper, Blade was simply sensational during “On Green Dolphin Street,” switching from brushes to sticks and back again several times throughout the standard without ever dropping the beat or running out of surprisingly melodic ideas. And Davis’ own “All Blues” was a showcase for McBride, who anchored the song with his insistent, rock-solid bass riff, even as he took flight for his solo.

Yes, all three are each master musicians and their solos were mind-blowing, but this trio is a true band, and their almost telepathic ensemble playing was often even more impressive than their individual turns in the spotlight. 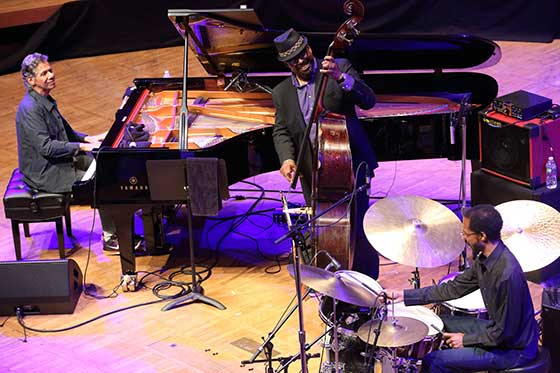 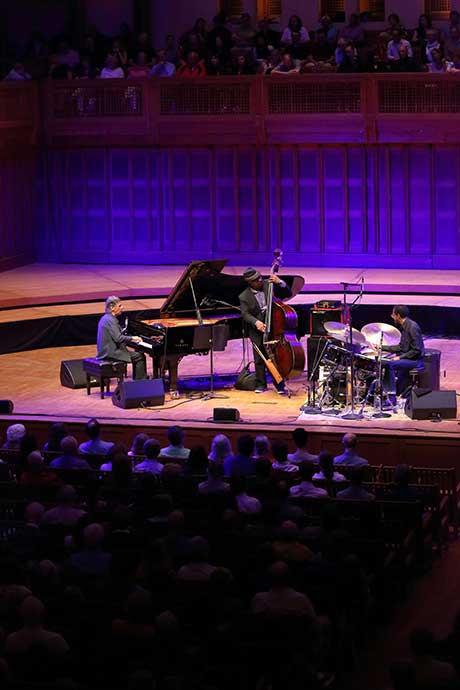 Song o’ the Week: Firestarter’s “Worth the Wait”