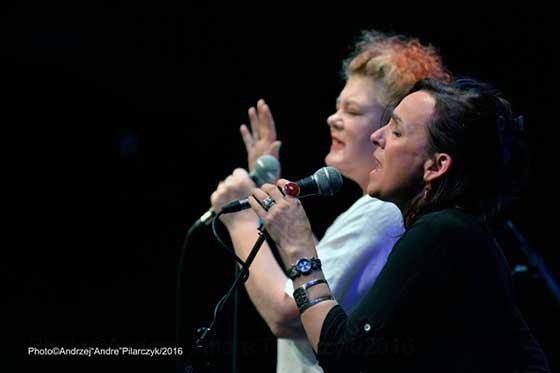 “Did you know I was retired?” Maura O’Connell asked the crowd with a mischievous twinkle in her eyes. “Well, it was her,” she claimed with mock indignation, pointing to her new singing partner Karan Casey. “She brought me back out.”

Indeed, O’Connell had declared that her 2013 tour would be her last. But on Friday evening at The Egg’s Swyer Theatre, the crowd was ever so grateful for Casey’s persuasive powers.

O’Connell and Casey are both Irish, and they’re both singers who launched their musical careers in acclaimed Celtic bands – O’Connell with De Danann; Casey with Solas – but it would be shortsighted to pigeon-hole either of them as “Irish singers.”

Oh, sure, a great deal of the music of their nearly two-hour concert was rooted deep in the Emerald Isle, beginning with the opening a cappella duet of the party-time parlor song, “Mick McGilligan’s Ball.”

And backed only by fiddler/mandolinist Matt Combs and acoustic guitarist Thomm Jutz, they covered Irish songwriters Gerry O’Beirne (“The Shades of Gloria”) and Jimmy McCarthy (the closing encore of “Leaving Neidin”), as well as great Irish poets William Butler Yeats (the sublime “Down by the Salley Garden”) and Paula Meehan (Casey’s “Home”).

At age 57, O’Connell is still in great voice and one of the most charming performers you’ll ever likely to encounter in any musical genre. She’s too young and much too good to retire, and Casey is a decade younger. So let’s hope that they each spur the other on to make some more glorious music together.

This review originally was published in The Times Union. 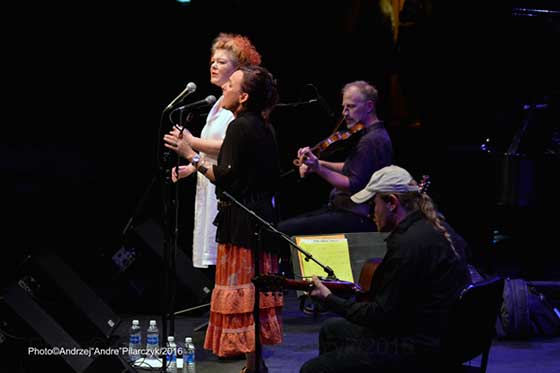 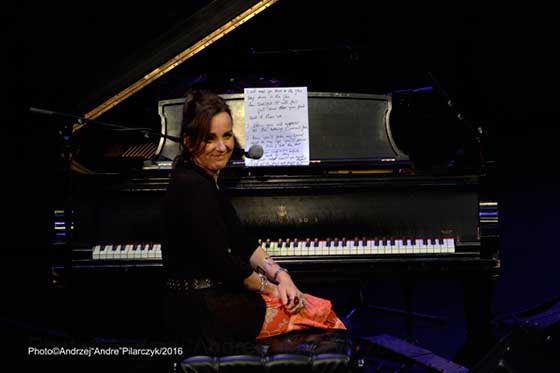 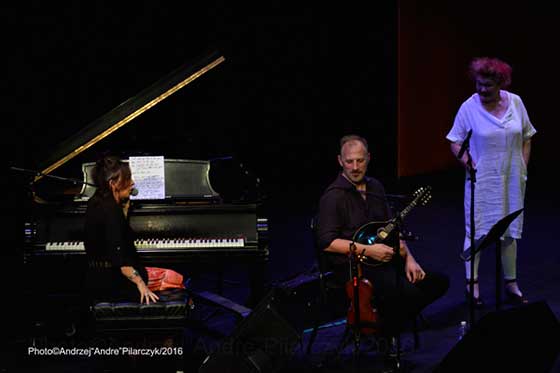