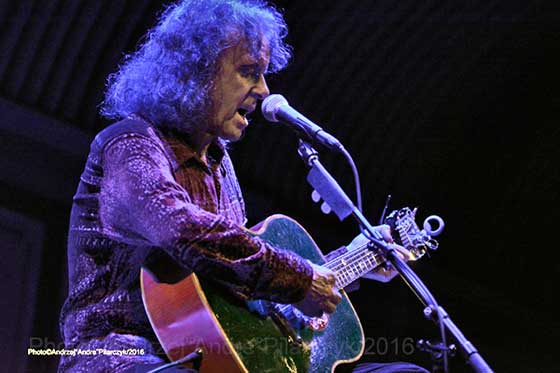 Scottish singer-songwriter Donovan pretty much dropped off the musical map with the passing of the psychedelic ’60s, but that didn’t bother the crowd of baby-boomers who nearly sold out the Troy Savings Bank Music Hall on Wednesday evening. They came to reminisce about the bygone days when they thought they could get high by smoking banana peels, and sitars could be heard in pop songs.

Still sporting long hair and a beatific, impossibly boyish grin, the 70-year-old Donovan sat cross-legged in his stocking feet on a white shag rug, alternately strumming and finger-picking his green acoustic guitar. In fact, he looked every bit as he did back in the days when he was hanging out with the guru Maharishi Mahesh Yogi and the Beatles.

Vocally, there were some undeniable problems. His still feathery vibrato was coated with a pronounced rasp during his opening “Catch the Wind,” and the first notes on the chorus of “Wear Your Love Like Heaven” were quite a bit out of his vocal range. More obviously, he seemed to play the calypso-tinged “There Is a Mountain” in the wrong key. It was something of a disastrous performance, but the crowd eagerly sang along with him on the Zen-like chorus, and Donovan eventually found his way back into the song.

He also told a couple of extended stories – one about helping Paul McCartney write “Yellow Submarine” and another about a British caravan tour with the Who, the Hollies, the Walker Brothers, a comedian and a ventriloquist.

While the bulk of his two sets were solo, he did bring New York City singer-songwriter Richard Barone (of the Bongos) out to accompany him on a handful of songs at the end of the night, most notably “Young Girl Blues” with Barone contributing some perfectly spooky EBow playing.

Although the concert was billed as a 50th anniversary celebration of his 1966 album, “Sunshine Superman,” Donovan played only three songs from the album – the title track, the finger-picking ballad “Guinevere” and the jazz-flavored rock-jam favorite “Season of the Witch.”

This review was originally published in The Times Union. 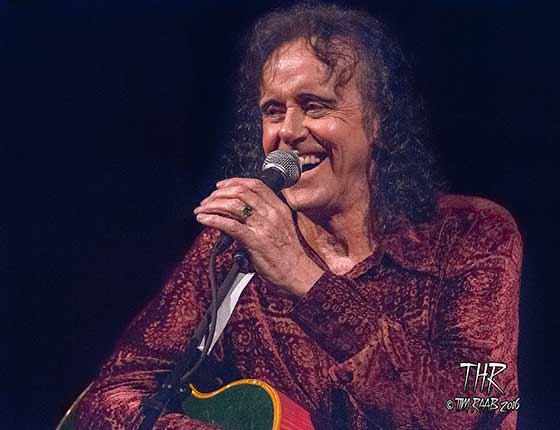 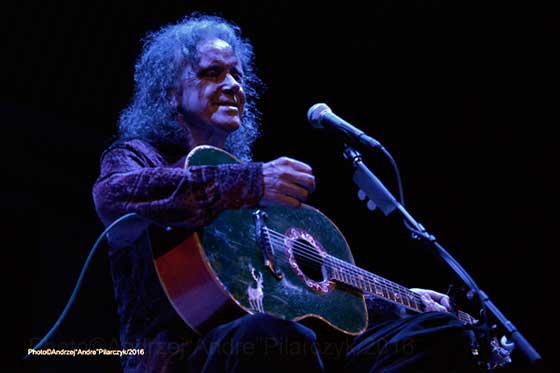 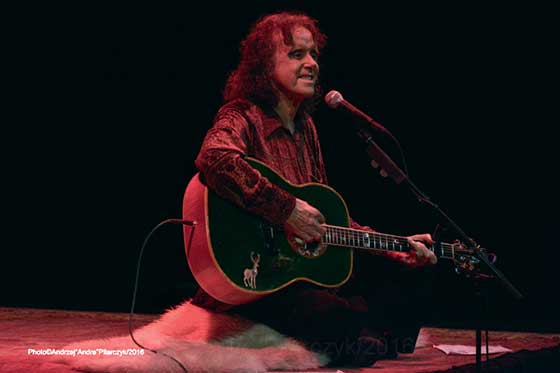