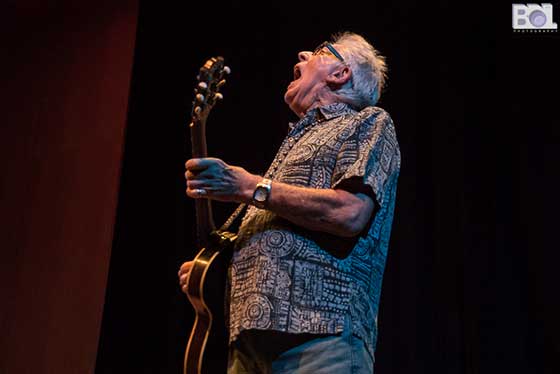 If John Mayall is known for one thing, it’s probably the fact that he’s “discovered” and recruited more great blues guitarists than any living bandleader. So it was no small irony (or disappointment) that he stepped into the spotlight at The Egg’s Swyer Theatre last weekend with a stripped down combo that featured bassist Greg Rzab and drummer Jay Davenport – but no guitarist.

Still, Mayall is the undisputed Godfather of British Blues, and at age 82, he doesn’t really have anything left to prove. Throughout the evening, he not only handled the lead vocal chores, but also played harmonica, keyboards and, yes, guitar, too. 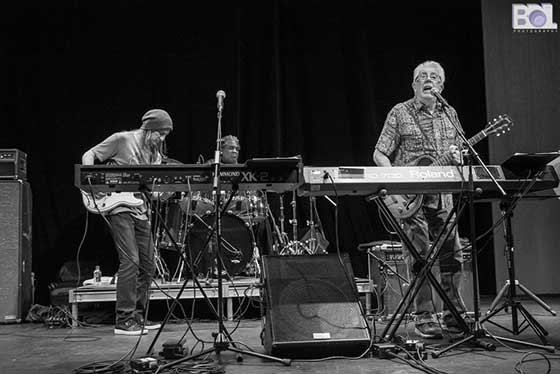 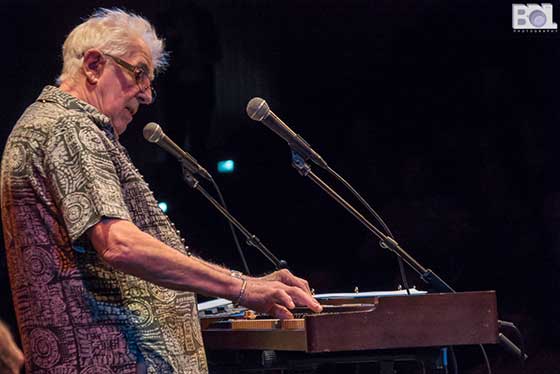 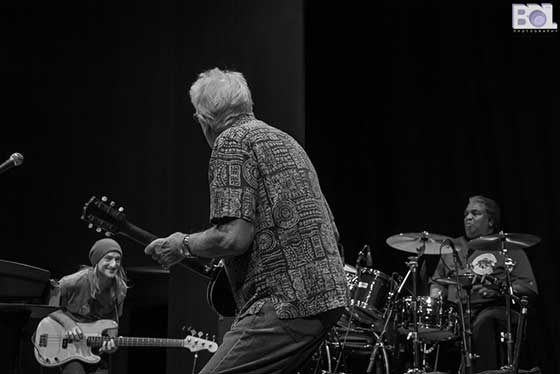 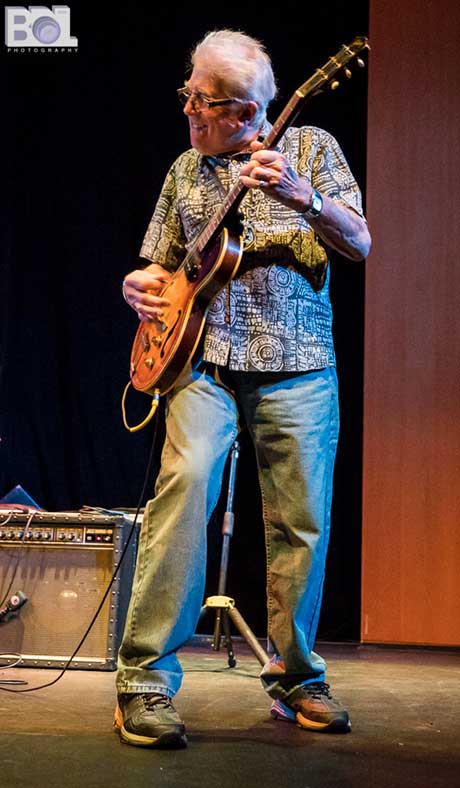