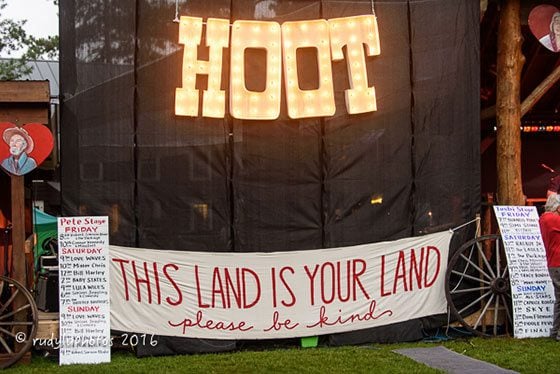 Old-timey music meets bluegrass meets roots Americana meets psychedelic rock – the fourth annual Summer Hoot festival at the Ashokan Center in Olivebridge had a little something for everybody.

Giving a nod to the folk origins of this festival, the two outdoor performance stages that were next to each other were named the Pete Stage and the Toshi Stage.

The other two days of the festival featured musicians from the national folk and indie rock scenes.