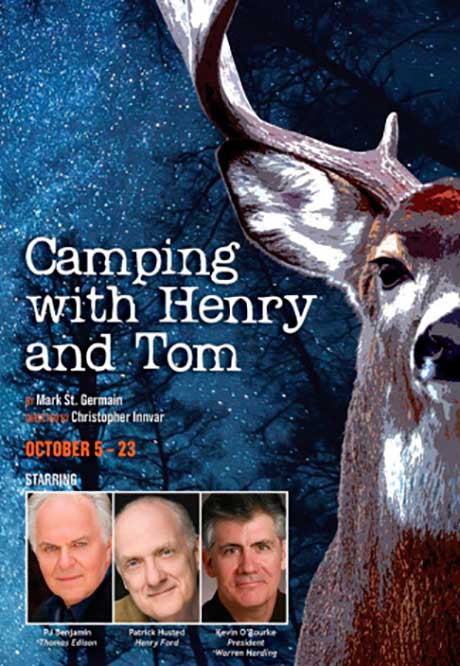 In 1921, Henry Ford, Thomas Edison and President Warren G. Harding took a camping trip together into the Maryland woods to escape civilization; what they couldn’t escape was each other. Inspired by an actual event, Camping with Henry and Tom is an exploration of friendship, politics and leadership—a comedic and dramatic clash of two great minds and one great heart of the twentieth century.