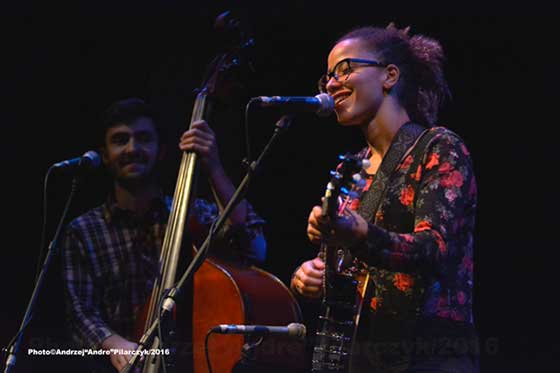 One of the fastest-rising musicians on the contemporary old-timey music scene, 22-year-old African-Canadian clawhammer banjo gal Kaia Kater was mighty impressive in her Greater Nippertown debut last weekend at The Linda in Albany.

Kater did serve up offered a number of traditional songs. “Little Pink” was an early highlight of the night, and she put aside her banjo to play a little hambone on an audience sing-along rendition of “Lil’ Liza Jane,” inspired by Nina Simone’s interpretation. Acoustic bassist Andrew Ryan – Kater’s lone accompanist – stepped into the spotlight for some impressive bowing on the instrumental fiddle tunes, “Fine Times at Our House” and the show-closing “Hangman’s Reel.”

The Quebec-born musician sang some tunes in French (“Ti Chagrin,” penned by her aunt), and some songs a cappella as well. And while most of her songs were cast in a downbeat mood, Kater and Ryan picked up the tempo for a romp through the rousing drinking song, “Let Me Fall.”

Kater was at her best, however, when she pushed beyond the traditional and into more contemporary and personal territory, as she did with the opening “Southern Girl” and a pair of songs from her recently released sophomore album, Nine Pin – the politically charged “Rising Down” and “Paradise Fell,” which she penned in response to John Hartford’s “In Tall Buildings.”

This is timeless music filled with the wisdom of the ages but injected with the energy and optimism of the young. 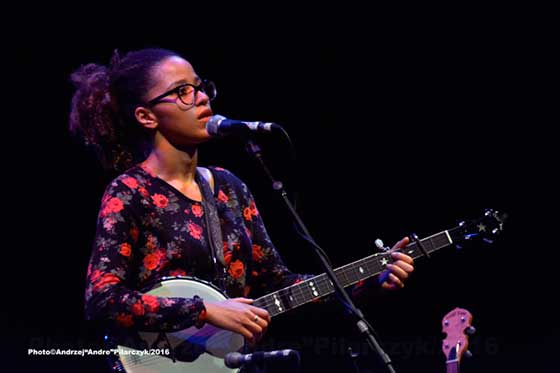 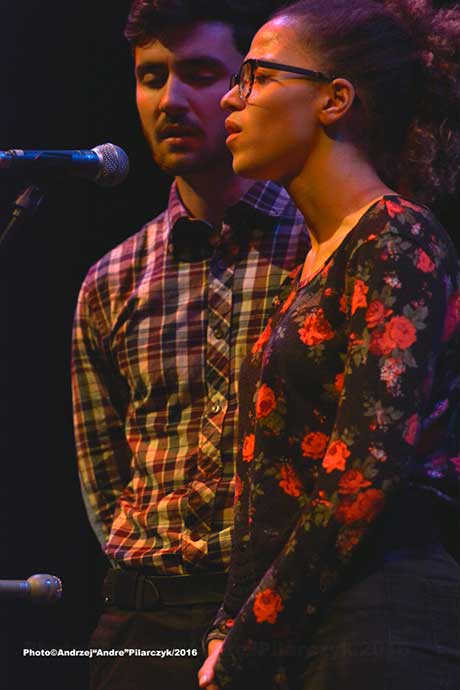