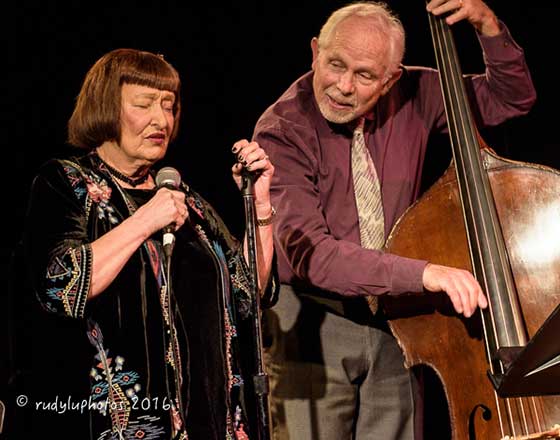 Music is about communication through sound. The communication can be free and simple yet complex and freewheeling. Such is the case of a duet between bass and vocals in jazz. NEA Jazz Master Sheila Jordan and her longtime friend Cameron Brown are master partners in the form.

The duo recently performed at the Falcon in Marlboro, and the playful interplay between the two was best exemplified by a performance of “Dat Dere,” a tune that appeared on Jordan’s debut album Portrait of Sheila back in 1963. The 87-year-old Jordan sang with the voice of a child filled with wonder on the first visit of the zoo. Brown’s bass alternately followed and led with the two musicians telepathically reading each other’s mind.

Both Jordan and Brown share a long-time association with the late trumpeter Don Cherry as well as with each other. The Cherry tribute to Billie Holiday, “Art Deco,” had no lyrics, although he wanted her to write lyrics for this composition; they did not come to her until his passing, almost telepathically from the other side. The composition “Remembrance” celebrates the Native American heritage that Jordan shares with Cherry, and her lyrics reflect that rich lineage. Jordan also performed a traditional chant to pay tribute to her heritage as a descendant of Seneca Queen Aliquippa.

“Ballad of the Sad Young Men”(associated with the late Mark Murphy), “Goodbye Porkpie Hat” (Charles Mingus) and “Lady Be Good” (Ella Fitzgerald) were each given stellar interpretations and improvisations by the duo. Originals “I’ve Become Accustomed to the Bass” and the autobiographical “Sheila’s Blues” rounded out the hour and a half set.

This concert was also a lesson in jazz history and improvisation that made for an enjoyable and educational evening from two veterans of the jazz scene.

To see more of Rudy Lu’s photographs of this concert, go to Rudy Lu Photos… 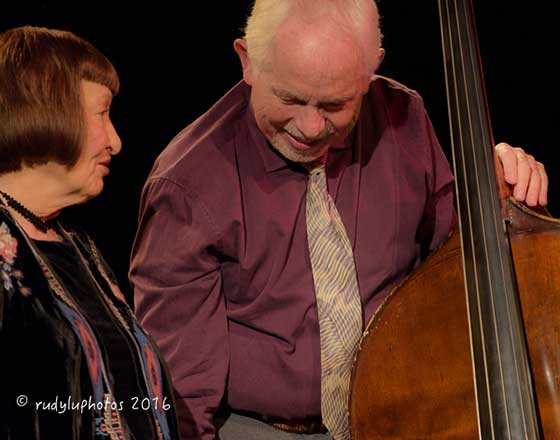