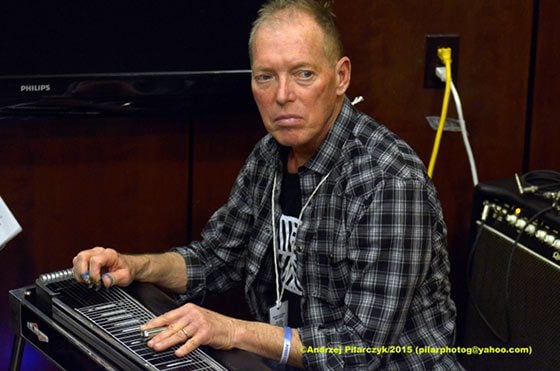 Rick Morse died on Monday morning (November 7) after a battle with cancer. He was 66 years old.

A long-time staple on the Greater Nippertown music scene, Morse first stepped into the spotlight in the mid-’70s as the pedal steel guitarist with longtime country-rock favorites Badge, who have reunited for a few annual one-off concerts in recent years.

He played pedal steel, dobro and slide guitar with numerous bands throughout the ensuing years, including Bovine, the Rolling Blackouts, the Raging Buchanans, the Coal Palace Kings, Sea of Cortez, Sidewinders, Tern Rounders and probably a few more.

At the time of his death Morse was playing with two popular Local 518 bands, both of whom released new albums this year: Red Haired Strangers’ Doc Roots Elixir: Guaranteed to Satisfy and the Lazy Suns’ self-titled album.

A calling hour will be held at 12noon on Sunday, November 20, with a service at 1pm at the Tunison Funeral Home, 105 Lake Ave, Saratoga Springs. All are invited to attend a celebration of Rick’s life and music at the Parting Glass in Saratoga Springs immediately following the service.