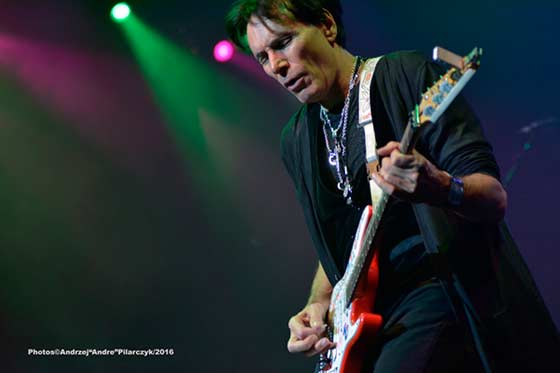 There’s been quite an impressive parade of guitarslingers passing through Greater Nippertown in the past couple of weeks, including Dweezil Zappa, Ryley Walker, Warren Haynes, Scott Sharrard, Albert Cummings, Pat Donohue…

But perhaps none is more revered than Steve Vai, who stepped into the spotlight at The Egg’s Hart Theatre last weekend. Guitar World’s 2012 Readers’ Poll ranked him at No. 10 on their list of the Greatest Guitarists of All Time. He’s toured as a band member with everyone from Frank Zappa to David Lee Roth, and he’s recorded on more than 60 albums with an array of performers stretching from Spinal Tap to Mary J. Blige.

Vai’s been a semi-regular visitor to Greater Nippertown in recent years, playing primarily as a featured guitarist on the Experience Hendrix tour stops at the Palace, but this time around he brought his own band to The Egg – bassist Philip Bynoe, guitarist Dave Weinera and drummer Jeremy Colson. And rather than paying tribute to the music of Jimi Hendrix, Vai & Co. tore through a concert that was focused on his own music – most notably his 1990 album, Passion and Warfare, which they performed in its entirety. 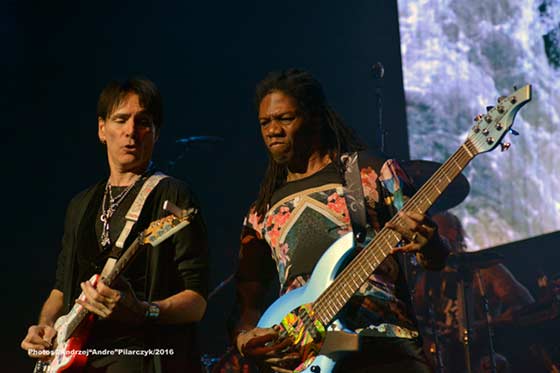 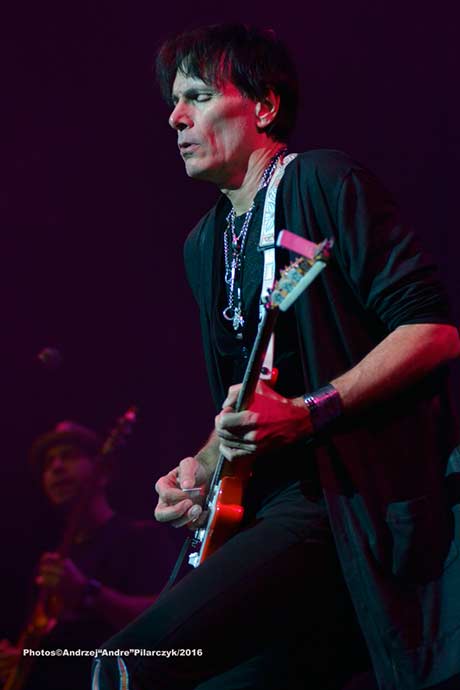 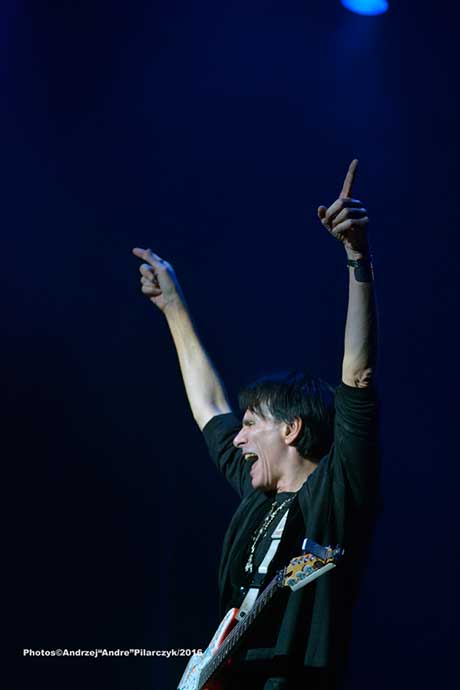