“Jazz2K @ The Saint” was just going to be a sideline thing, but it became something other than else. It’s like when you get in a relationship that you think is going to be casual; the next thing you know, you’re wearing better clothes, you’re driving a better car, you’re shopping for rings you can’t possibly afford, and your friends want to know why you don’t hang out any more.

We’ll see if things change (or moderate, anyway) in 2017. But while I didn’t see a ton of live music this year, I did experience one of the best years in recorded 21st-century jazz since Y2K went bust. Boiling over 150 discs down to the best of the best was especially difficult, because nearly every artist or group I heard could make a case for itself as something to be remembered. In the end, though, the winnowing had to occur, so let’s start by handing out the usual bowling trophies: 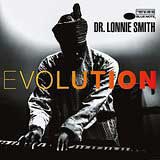 DR. LONNIE SMITH: Evolution (Blue Note)
As Michael Sarrazin tells Tim Matheson in “The Gumball Rally,” “Some things get meaner as they get older.” That certainly sums up one of the grand masters of the Hammond B3, who made his return to a resurgent Blue Note after a gap of over four decades. With cameo appearances by Joe Lovano and Robert Glasper, and a core group featuring alto sax fiend John Ellis and mammoth drummer Jonathan Blake, the good doctor sets it all on fire with burning takes on Monk and Rodgers & Hammerstein, sandwiched between killing originals like “Play It Back” and “African Suite.” The evolutionary process includes survival of the fittest, but Smith isn’t just surviving – he is most assuredly thriving. 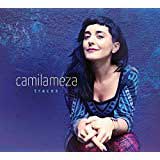 When your whole focus on vocal discs is trying to finding dates that go beyond re-frying the Great American Songbook, you can run into a lot of nothing for a long, long time. That wasn’t the case in 2016, where I was treated to monster recordings from Rene Marie, Tierney Sutton, Catherine Russell and Cyrille Aimee. At the end of the day, it all came down to a crowd-funded thing of beauty from singer-songwriter-guitarist Camila Meza, who beguiled so many people (present company included) when she backed up fellow vocalist Sachal Vasandani at Lake George Jazz Weekend in 2013. Vasandani returns the favor here, dueting with Meza on the marvelously intimate “Away.” Smart lyrics, killer guitar licks and a vibe that draws you deeper and deeper inside, Traces starts the next phase of an already-beautiful musical relationship.

ROOKIE OF THE YEAR
GEORGE BURTON: The Truth of What I Am > The Narcissist (Inner Circle Music) 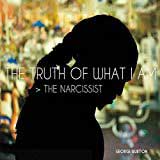 Interestingly, the best debuts in 2016 all revolved around the piano, including releases from GoGo Penguin – the UK’s answer to Medeski Martin & Wood – and Cuban wunderkind Axel Tosca Laugart. Late in the year, though, a small-label date with a unique title crossed my path, and I simply couldn’t look away. A hellacious keyboardist who’s worked with Wallace Roney, Jack Walrath and the Sun Ra Arkestra, Burton’s considerable compositional chops are on full display here, beautifully augmented by killer performances from saxman Tim Warfield and horn blowers Terrell Stafford and Jason Palmer – all of it wrapped in a righteous package by producer Derrick Hodge. The depth and soul in The Truth makes your head hurt, because your jaw keeps dropping to the floor on every tune. More please, George! 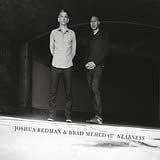 In 2010, Skidmore College opened the over-two-years-in-the-building Zankel Music Center with a tremendous duo show by two longtime musical partners: second-generation tenorman Joshua Redman and groundbreaking pianist Brad Mehldau. The exemplary music they generated was only exceeded by the insane creative telepathy Redman and Mehldau shared. The duo was touring that year in support of Mehldau’s disc Highway Rider, and the recordings from that tour have finally surfaced on Nearness. It’s all there: Achingly beautiful takes on Monk, Charlie Parker and Hoagy Carmichael share space with originals from both artists, all of it delivered by a two-person hive mind that doesn’t need to speak in order to know anything. 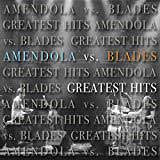 Drummer Scott Amendola and keyboardist Wil Blades have been working this act around the Bay Area for some time, and the chemistry they share is simply adamantine. Even so, you can just hear the record label executive pouring steaming disdain onto their dreams: “A drummer and an organ player jamming out on original tunes? Not in THIS business model!” Thankfully, the joys of crowdfunding ride to the rescue again, giving life to this sensational set recorded live at an Oakland, CA restaurant in 2015. But while Redman and Mehldau seek higher levels of technical perfection on Nearness, Amendola vs. Blades is all about bringing the hot, nasty fun – both for themselves and their audience, who urge this kickass duo to kick it up one more notch, and BOY, do they respond! 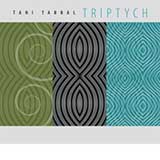 When drummer Tani Tabbal, reedman Adam Siegel and bassist Michael Bisio blew the roof off of Troy’s Sanctuary for Independent Media in 2015, the effect was both astounding and saddening: Astounding because of the sheer power and dizzying creativity the trio displayed, saddening because you just knew there was no way this musical tsunami could ever be duplicated in a studio setting. Well, you know what happens when you assume. Triptych bottles all that is breathtaking about this Ornette Coleman-inspired unit, repeatedly jumping outside of the box and then tearing that mother to shreds. While Tabbal and Bisio perform well within their established muscular parameters, Siegel shatters everything we thought we knew about this ferocious young lion. Triptych will crush your head systematically and completely, but trust me: You won’t mind a bit.

We’ll count down the Top 10 in the upcoming Part Two. Be there. Aloha!