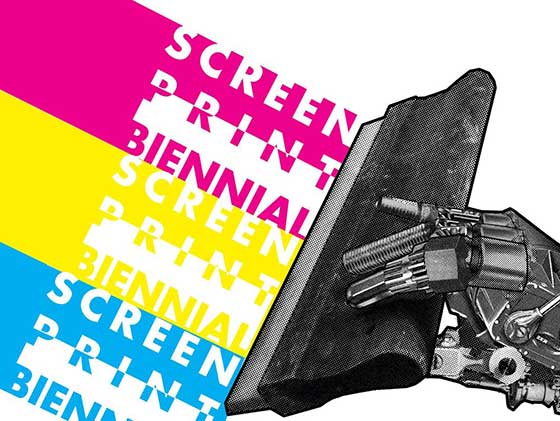 Gravity & Light @ Opalka Gallery, Albany. Stone sculpture by Caroline Ramersdorfer. (Through March 5)Sixfold Symmetry: Pattern in Art and Science @ The Tang , Saratoga Springs. An exhibition of contemporary and historical art, artifacts, and material culture exploring the human desire to use and create pattern to understand the world around us. (Through March 12)By the Patterns @ Mandeville Gallery, Schenectady. Kira Nam Greene, the fourth featured artist in the gallery’s Art Installation Series, has installed her patternist collages. (Through March)Active Turn: The Devil’s Wheel @ Art Omi, Ghent. Photographers Kahn + Selesnick have created a new work for use in Freya Powell’s zoetrope. (Through May 28)Hanna-Barbera: The Architects Of Saturday Morning @ Norman Rockwell Museum, Stockbridge. The first museum exhibition on the world’s most successful animation partnership, providing a glimpse of the extraordinary story of how two astute businessmen reacted to a dying film animation industry and revolutionized a new format for their product, while hiring the best talent in the business, and exploring how their product transformed over the years. (Through May 29)Concinnitas Portfolio @ Mandeville Gallery, Schenectady. A portfolio of ten fine art aquatint prints featuring equations, expressions or formulas transcribed by ten notable mathematicians and physicists, in response to the prompt to record their ‘most beautiful mathematical expression.’ Each image was hand-drawn by each of the following participants: Sir Michael Atiyah, Enrico Bombieri, Simon K. Donaldson, Freeman Dyson, Murray Gell-Mann, Richard Karp, Peter Lax, David Mumford, Stephen Smale and Steven Weinberg. (Through August 2018)
Share