By J Hunter
GO HERE to read Part I

Okay, we’ve handed out the awards and revealed the “Rest of the Best.” Now it’s time to make my brown eyes blue. IT’S “FOR THE WIN!” 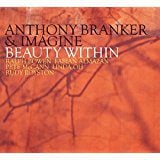 ANTHONY BRANKER & IMAGINE
Beauty Within (Origin)
Composer/arranger Anthony Branker doesn’t play on his own pieces; like Maria Schneider, he’s got people for that. But where Schneider literally needs an army to paint her pastoral pictures, Branker employs an uber-tight quintet of notorious killers to conjure music that soothes your soul one moment, then goes for your throat the next – on the same tune! The front line of saxman Ralph Bowen, guitarist Pete McCann and pianist Fabian Almazan is simply monumental, while bassist Linda Oh and drummer Rudy Royston make their own substantial voices heard while building a tremendous foundation. The beauty within Anthony Branker must be a sight to see, because the music that comes from that place is a joy to experience. 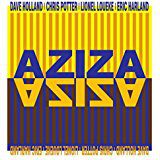 AZIZA
Aziza (Dare2)
It never fails: Every time I think, I’ve got my Top Ten set, one disc always flies in at the last minute and screams, “Get that spreadsheet out, sucker! You ain’t done yet!” This year’s self-titled gatecrasher is another fire-breathing group date from legendary bassist Dave Holland. But where the fusion of 2013’s Prism stayed on the “traditional” jazz/rock path, Aziza serves up a cornucopia of jazz, funk and world music, thanks to dizzying contributions from reed wizard Chris Potter and guitarist Lionel Loueke. Drummer Eric Harland is the sole holdover from Prism, but given that the Houston native can create shoulder-shaking rhythms for any group of any size or direction, he takes to Holland’s new vision like a duck to water. So did I – and then I got out the spreadsheet and started sorting again. 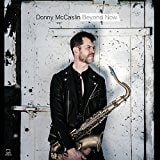 DONNY McCASLIN
Beyond Now (Motema)
To be frank, tenor monster Donny McCaslin’s forays into electric jazz have been hit-or-miss for me: In one case that shall remain nameless, I wanted to yell at the band, “Could you keep it down?? I’m trying to listen to the sax player!!” Thankfully, McCaslin and longtime producer David Binney find the perfect balance on Beyond Now, which is no surprise: This disc is McCaslin’s heartfelt homage (both direct and indirect) to the late David Bowie, who enlisted the saxman’s powerful quartet to back him on his final project Blackstar. McCaslin shows great respect to two tracks from past collaborations between Bowie and Brian Eno, “Warszawa” and “A Small Plot Of Land.” The rest of the date is a whirlwind of blinding electricity from an artist that – like Bowie – can, and does, do what he sets out to do. Of all the tributes that have been made to the Thin White Duke, Beyond Now is not just the best, but it’s the one that’s farthest outside the box – which would please Bowie no end. 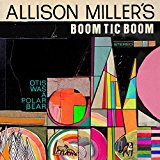 ALLISON MILLER’S BOOM TIC BOOM
Otis Was a Polar Bear (Royal Potato Family / Foxhaven)
From its beginnings as an alt-jazz acoustic trio, Allison Miller’s unique group vision has doubled its size and quadrupled its range, offering some of the most challenging music on the menu today. With multi-instrumentalist Ben Goldberg, cornet master Kirk Knuffke and violinist Jenny Scheinman adding their voices to Myra Melford’s rampaging piano, Miller’s off-kilter compositions bend this genre to their uncompromising will, delighting the listener every time. Her drum styling is in a league of its own, and bassist Todd Sickafoose helps Miller lay down the perfect floor for this exceptional unit. Allison Miller’s Boom Tic Boom rocked MASS MoCA this spring, and Otis Was a Polar Bear will surely rock you. 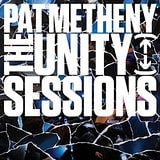 PAT METHENY
The Unity Sessions (Nonesuch)
While I may have issues with his continued use of the musician-simulating Orchestrion, I have no problem at all with guitarist Pat Metheny’s mind-bending current band. Matching up sax monster Chris Potter and bass master Ben Williams with longtime drummer Antonio Sanchez and multi-instrumentalist Giulio Carmassi, Metheny has brought together the best elements of all his past units, up to and including the iconic Pat Metheny Group. While that outfit only shows its face in a ten-minute solo-acoustic medley Metheny weaves with stunning dexterity, the rest of this astounding two-disc set (recorded and videotaped live – with no audience – at the 52nd Street Project in NYC) is a vivid portrait of a band in perfect unison, each one driving the other to take that next step, and find that next level. 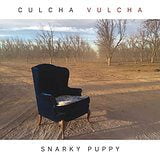 SNARKY PUPPY
Culcha Vulcha (GroundUP / Universal Music Classics)
Between two group discs and multiple solo projects, the members of Snarky Puppy have been busy little beavers in 2016. But while the star-studded audio/video project Family Dinner Volume Two has been getting all the publicity, it’s the mid-year release Culcha Vulcha that deserves all the love. Proving that you can never have too many keyboards on one recording date, Snarky Puppy cooks up a sumptuous gumbo of jazz, soul, Latin and hip-hop beats to keep the listener guessing about what might come next. The only constant is the feeling of joyous movement that runs through this jumping set of originals, and most of that movement will involve you dancing around the room like no-one’s watching – and even if someone IS watching, they’ll be too busy dancing themselves to judge you. 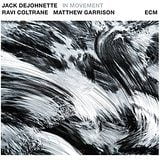 JACK DEJOHNETTE w/ RAVI COLTRANE & MATTHEW GARRISON
In Movement (ECM)
Still the best band to ever play the Albany Riverfront Jazz Festival, this unit is a story without playing a note: The members’ links (both musical and generational) to Miles Davis and John Coltrane are automatic talking points. That said, those points get erased right out of the gate by an astonishing take on Trane’s mournful civil-rights tone poem “Alabama.” Ravi Coltrane’s reed work conjures up long-lost ghosts while DeJohnette’s rolling drums and Garrison’s bass & synth alchemy makes it clear that this music is not for the faint of heart. And so it goes throughout this mesmerizing date, whether they’re working stunning originals like “Two Jimmys” and the title track, or giving the reboot to Maurice White’s “Serpentine Fire” and Bill Evans’ “Blue In Green.” In Movement is a musical lightning bolt straight out of a time when ECM was jazz’s experimental epicenter, and it will leave you speechless, sweat-soaked, and smiling. 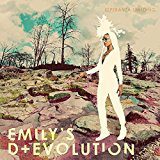 ESPERANZA SPALDING
Emily’s D+Evolution (Concord)
While I’ve loved every opportunity I’ve had to see bassist / vocalist Esperanza Spalding play live, most of her recorded efforts have been too clever by half – that is, until the character Emily popped out of Spalding’s head. “See this pretty girl / Watch this pretty girl flow,” Spalding sings on “Good Lava” before hitting us right in the mush with an in-your-face, this-one-goes-to-11 mash-up of jazz, funk and rock. Matthew Stevens’ atomic guitar and Kareem Riggins’ heavyweight drumming help Spalding make the windows rattle and the ground shake as they fire blast after blast of eye-crossing brilliance. The music is almost all Spalding’s, and the one cover she pulls (Anthony Newley & Leslie Bricusse’s “I Want It Now,” from the one true “Willie Wonka & the Chocolate Factory”) might as well have come from her pen, because she owns every inch of it. In Spalding’s own words, “Now she’s a lady / Made for the modern world.” 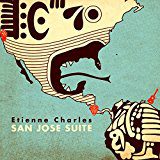 ETIENNE CHARLES
San Jose Suite (Culture Shock Music)
The problem with most jazz projects sponsored by Chamber Music America is that they come out sounding more like classical music and less like jazz. Etienne Charles avoids that trap in this riveting examination of the African diaspora that links three cities named San Jose – one in Costa Rica, one in Trinidad and one in California (where this music debuted, to rave reviews and thunderous applause, at the 2015 San Jose Jazz Summerfest). A monster trumpeter and a whip-smart composer who’s comfortable playing multiple jazz sub-genres, Charles is also an accomplished storyteller: He regales us with tales and accomplishments of the indigenous people of each region, from 19th-century slave revolts to the Olympic Project for Human Rights. (A speech by the Project’s architect, Harry Edwards, is excerpted on the funked-up windjammer “Speed City.”) More than a great disc, San Jose Suite is a profoundly beautiful portrait of connections seen and unseen, painted by an artist whose vision is seemingly limitless. 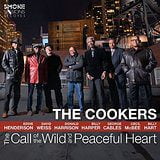 The Call of the Wild and Peaceful Heart (Smoke Sessions)
Like I said in Part One, some things get meaner as they get older. Far from showing any signs of slowing down or showing their collective age, The Cookers blow musicians half their age right into the weeds with their initial recording for the up-and-coming label Smoke Sessions. The opening title track transports you back to the halcyon days of Horace Silver and Art Blakey’s Jazz Messengers, even though there’s nothing remotely dated about either tenorman / composer Billy Harper’s breathtaking arrangement or the towering solos by Harper, trumpeter David Weiss and pianist George Cables. Every piece on The Call is mammoth in scope and bulging with muscular performances from this scintillating septet, and none of them bows to the ludicrous idea that jazz’s best days are behind it. If anything, the best days of The Cookers have just begun, and we get to hang out and listen to the results. Cool.

And that’s all there is – there ain’t no more. Your results from 2016 may vary, but don’t bother asking your doctor if any of this music is right for you – unless he or she digs jazz too, in which case you’ll both have a hell of a time. Enjoy!

You can hear J Hunter’s on air and online with “Jazz2K: Celebration of 2016” on WVCR-FM when he counts down the Top 10 – as well as plays tracks from this year’s Jazz2K Awards – at 12midnight on Saturday (December 24) and again on Saturday, December 31.

BEST OF 2016: American Songwriter’s Top 10 Songs of the Year