Story and photographs by Timothy Reidy

Yes, it’s that time of year once again – best of the year list-time, that is. We’re gathering together Best of 2016 from various media outlets, our own contributors and our readers, too.

10. Off the Record @ the University Club. One of their best sets of the year, Best Dressed Show, plus there was an Off the Record quatro for a part of this one. Good singing also. (December 2)
9. Albert Cummings @ the Linda. I thought he would deliver, and he did so. Lots of blues on Saturday night. (November 5)
8. Bella’s Bartok @ Empire State Plaza. The Made in the Shade of The Egg was a solid concert series with fine lunch companions. (August 31)

7. MOVE Music Festival @ various locations. Fun weekend that I think was best on Friday. (April 22)
6. Big Sam’s Funky Nation @ the Parish Public House. Summer party with Big Sam. (July 15)
5. Built4BBQ’s Star Spangled Bonanza @ the Low Beat & Pauly’s Hotel. Solid line-ups at both venues that rocked. (July 1)
4. The AndersonPonty Band @ The Egg. Great instrumentation and great singing by J Anderson. (May 25)
3. Erin Harkes, Sirsy & Mirk @ Parish Public House. Super Duper Triple bill with tons of duos. (October 28)
2. Yes @ The Egg. No Alan White, but really good albums and extras thrown in for this fine show. (August 14)
1. Cage the Elephant @ the Palace Theatre. The spectacle of the year. Grandparents will be telling their children about this show. (May 11)

HONORABLE MENTION to the Made in the Shade of The Egg series as being superb this year. 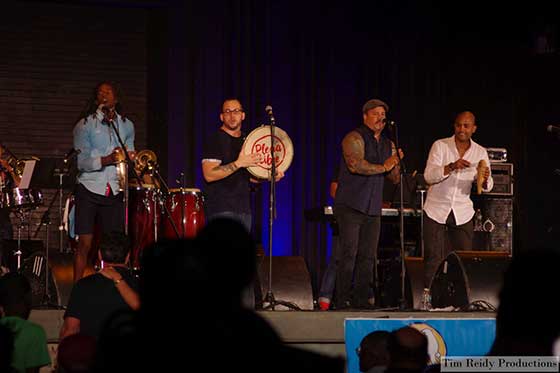 HONORABLE MENTION to Music Haven for a well-done series.