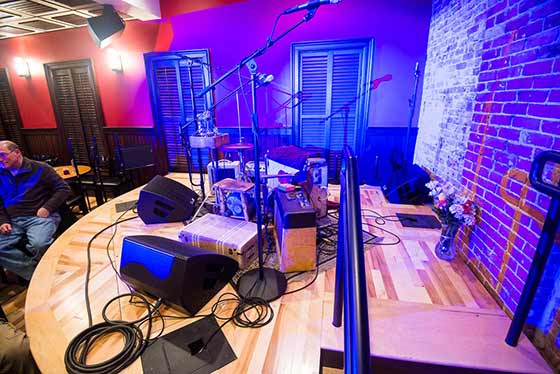 Not surprisingly, the ambitious, $2 million renovations took a bit longer than expected. They always do with an undertaking of this scale…

And so for more than six months, while 47 Phila Street in Saratoga Springs was undergoing a near-total overhaul, Caffe Lena was essentially homeless, wandering from one generous Spa City venue to another to set up temporary, Caffe experiences.

The doors to the new Caffe were opened and a sold-out crowd of fans old and new climbed up the new stairs (the elevator isn’t operational yet) and packed the expanded, improved second floor performance space for a sold-out show by the Suitcase Junket (more on that later).

While the Caffe still retains the rich history and the spirit of founder Lena Spencer, the new improvements shepherded by Executive Director Sarah Craig are many and major. Greater capacity from 80 to 100. Upgraded lighting and sound system. Raised ceiling for more headroom. Enlarged stage. A green room for performers. And enlarged and updated kitchen. A lobby with merchandise table and coat check. And lots more.

But don’t take our word for it. Stop by and see for yourself during the next couple of weeks. Here’s a round-up of performances slated for the Caffe during the rest of this month: 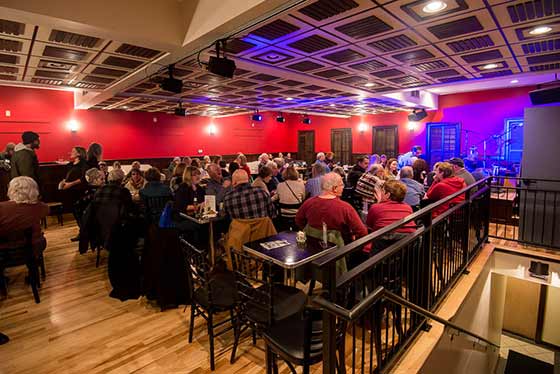 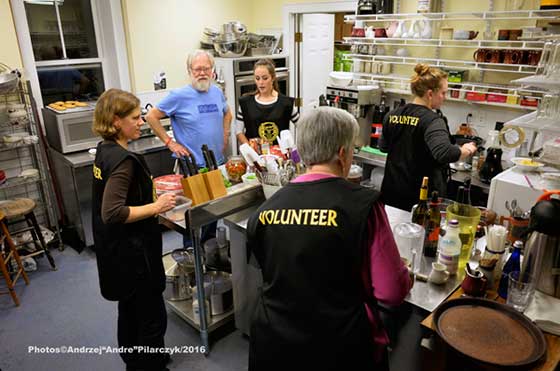 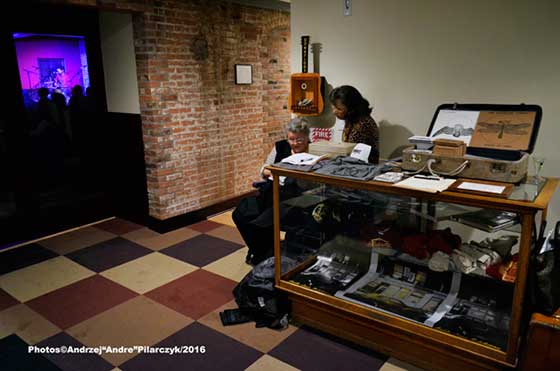