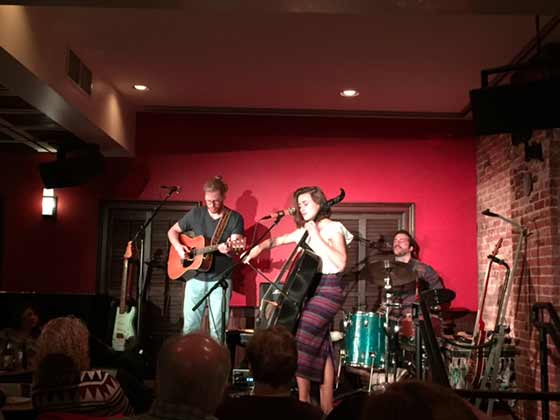 Following six months of major renovations, Caffe Lena re-opened just three weeks ago, and the venerable coffeehouse’s facelift has been astounding patrons ever since.

It’s been one sold-out show after another, from post-modern one-man-band the Suitcase Junket (on the grand re-opening night) to local Gypsy jazz kingpins the Hot Club of Saratoga.

Add the Ballroom Thieves to the list of jam-packed, sold-out shows. Last Thursday night the Caffe was packed with a crowd mesmerized by the eclectic, electrifying music created by guitarist Martin Earley, cellist Calin Peters and drummer Devin Mauch.

And there’s still more top-notch entertainment on tap at the Caffe this weekend with the Philly father-and-son Beaucoup Blue on Friday; a Local 518 all-star tribute to the music of Tom Waits on Saturday; and the retro Americana of Ramblin Jug Stompers debuting their new train time show, “The Last Boxcar” on Sunday…