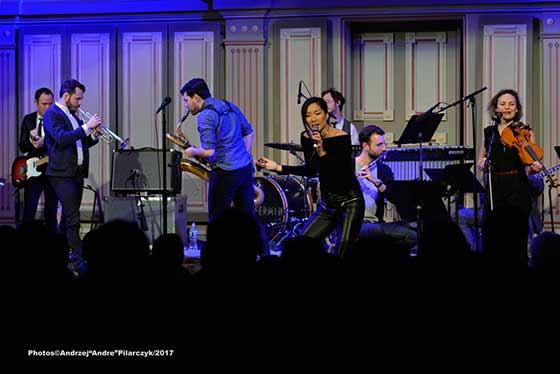 At the Troy Savings Bank Music Hall, the NOW Ensemble played a short set of several classical-tinged compositions, and then without a break in their performance, they were joined on stage by the San Fermin band. It was looking to be a straight-through concert with no intermission, far different from San Firmin’s performance at Skidmore College’s Zankel Theater a couple of years back.

This time out San Fermin was less aggressive and in your face than they were in Saratoga. In the hallowed Troy Savings Bank Music Hall they were superb collaborators and ensemble players with a whole other band in tow, presenting a more layered, nuanced musical palette.

Once on stage San Fermin lead the collaboration with the NOW Ensemble, showcasing a sublime and dynamic spirit in their performance and holding the audience captive in anticipation. The music traversed a wide variety of different styles and genres across the musical spectrum – a little of this and that and a whole new bag to boot. What would be best described as “art music” permeated the Music Hall.

It was a whole new thing – refreshing and oh so creative, light-years beyond what could be considered cutting edge; and yet both wholly accessible and pleasing to the ears.

The baritone voice and the soprano cascades of Allen Tate and Charlene Kaye respectively, wove intricate vocal harmonies into a totally new sonic braid. It hits you in the ears and the heart, emotionally taking you on a magic ride past the words and the music.

The combined two bands onstage pumped out a sound that was part jump horns, part melodious and part experimental classical chamber group with the spirit of Philip Glass in the rafters. They proved their salt by bouncing and boogying to the heart of the musical score. No instrument was louder than the other, and there were no ongoing guitar solos or jazz-like one-after-another round of solos.

It was ensemble playing at its finest. In other words, amazing… 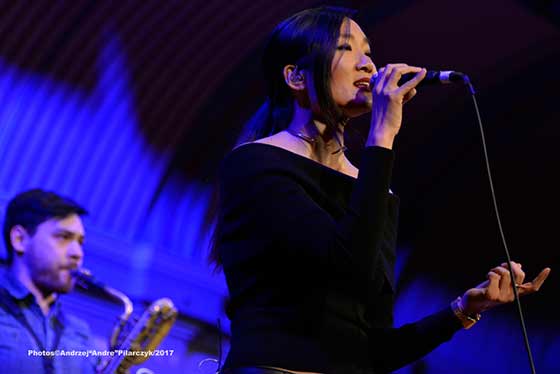 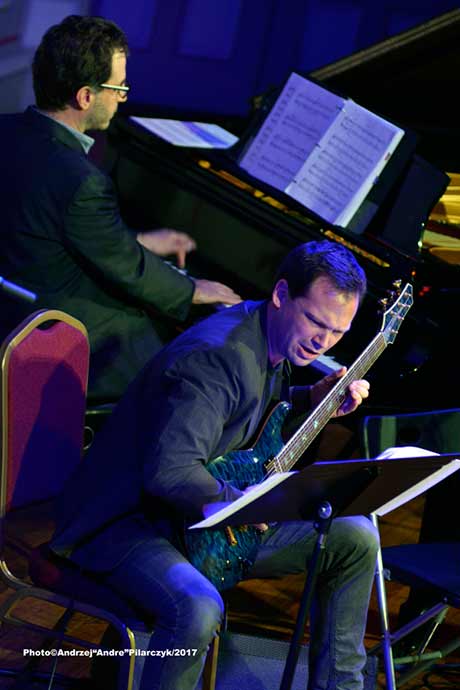 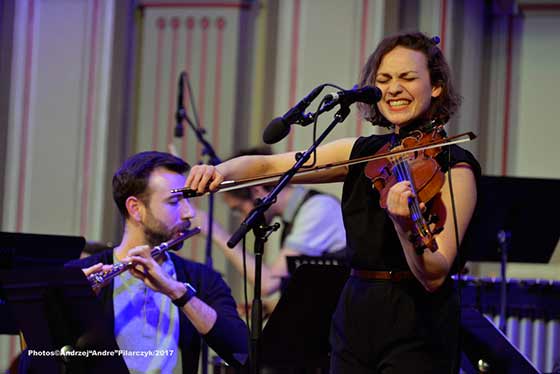 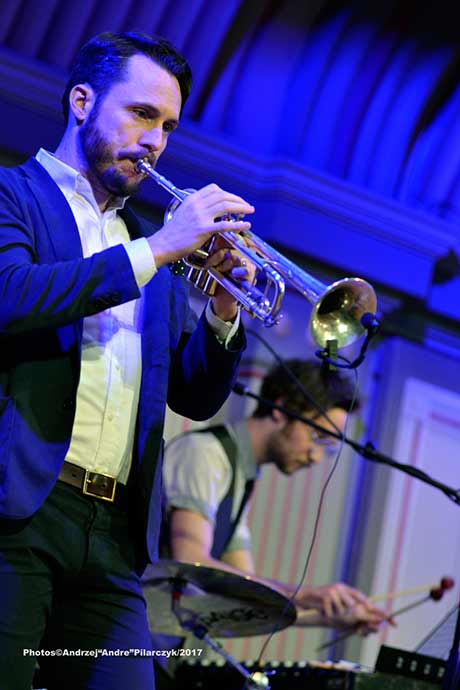 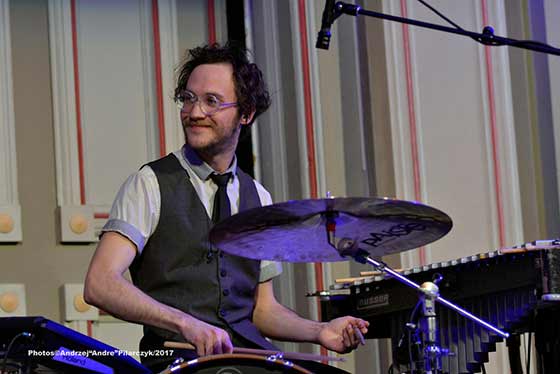 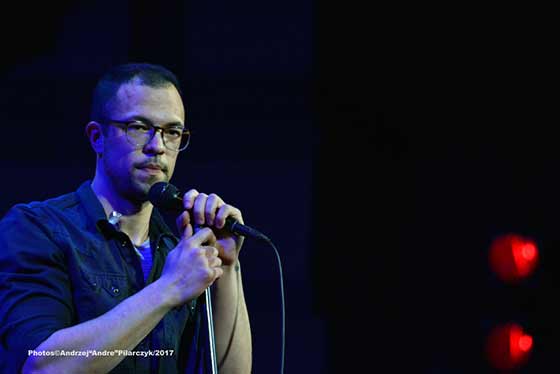