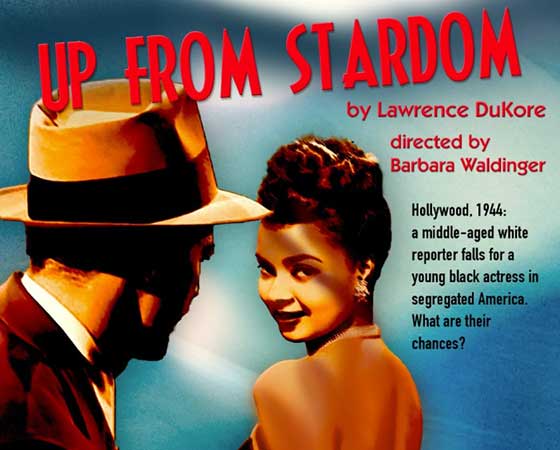 You are cordially invited to HRC Showcase Theatre on April 22 for a staged reading of Up from Stardom, by Lawrence DuKore.

Lawrence DuKore has had success as a playwright, screen writer, television writer, novelist, and lyricist. He began his career with the Richard Pryor film, Greased Lightning. His television play, A Mistaken Charity, was produced for PBS/American Playhouse and was nominated for a Writers Guild of America award for best dramatic writing. Mr. DuKore is a member of both the HB (Herbert Berghof/Uta Hagen) Playwrights Foundation and the Actors Studio Playwrights/Directors Workshop. His plays have been produced regionally (CentreStage, Greenville, South Carolina; Jewish Ensemble Theatre, West Bloomfield, Michigan, etc.) and off-Broadway. His play, Stained Glass, premiered off-Broadway at the award-winning Metropolitan Playhouse.