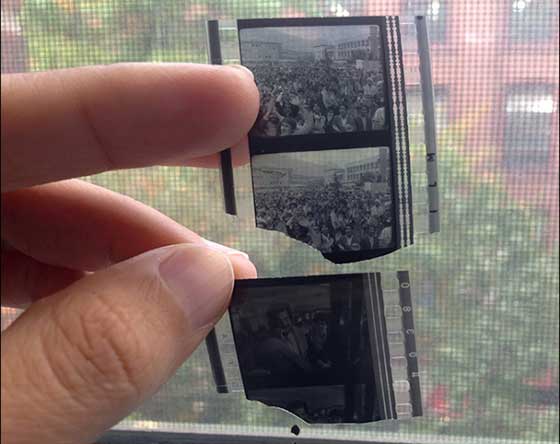 A 7pm tonight (Monday, April 24), artist Mariam Ghani will present a selection of rare films produced between 1978-1991 from the Afghan Film Archive at EMPAC at RPI in Troy.

What We Left Unfinished is Ghani’s long-term research and film project.

Working in the dual role of artist and historian, Ghani describes the project as “centered around five unfinished Afghan feature films shot, but never edited, between 1978 and 1992: years that encompass the Afghan Communist coup d’état, attempted reforms that met bitter rural resistance, a series of internal purges and assassinations, the Soviet invasion and withdrawal, a five-year attempt at national reconciliation, the handover of power to a mujahidin coalition, and finally dissolution into civil war.

“From the unfinished films commissioned, produced and canceled by various iterations of the Afghan state, in various moments of the Afghan Communist project, we can reconstruct not the truths, precisely, of how the state existed and acted in those moments, but rather its most important fictions: its desires and fears, ambitions and ghosts. In the imaginary presented by most finished films of the period, we see the ideal People’s Democratic Republic that could have been, but wasn’t; in the unfinished films, the reality–a utopian project secured by violent force–lingers like a shadow, just barely concealed behind allegories and codes. The world around the films, where filmmaking itself was a dangerous enterprise, seeps into the world onscreen.”