Wanna Give Nipper a Make-Over? 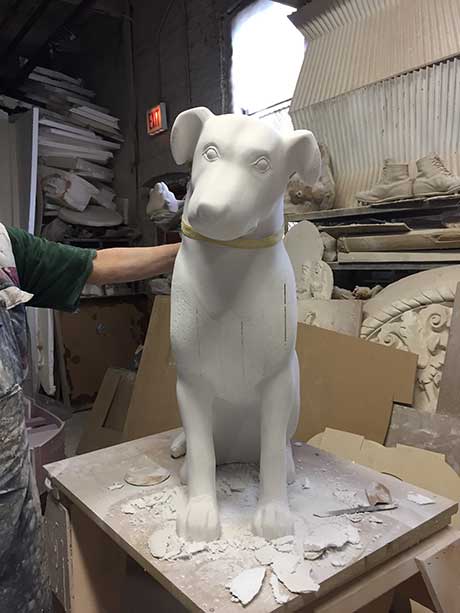 From high atop a North Broadway roof, the 28-foot tall Nipper has been guarding the City of Albany for nearly 60 years. but now an army of little Nippers are coming down to street level… and you can help dress them up.

Downtown Is Pawsome is a public art project sponsored by the Downtown Albany BID, which will feature 10 three-foot-tall sculptures of Albany’s famous canine resident, Nipper.

Similar to the installation of the Play Me, I’m Yours customized pianos series in 2014 and the giant Dutch clogs celebrating Albany’s history in 2012, the array of Nipper sculptures will be on display throughout downtown Albany’s business and entertainment corridors from June, 2017-May, 2018.

Now artists from throughout Greater Nippertown are being sought to customize the little Nippers. Don’t waste any time, as the deadline for completed applications is 12noon on Wednesday (May 3). GO HERE to download an artist application…

The official launch of Downtown Is Pawsome will be held at a garden party in Tricentennial Park on Friday, June 16.