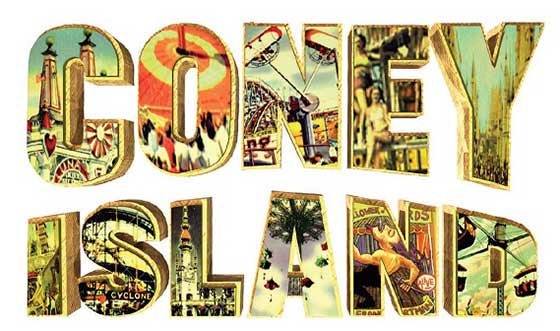 It’s the summer of 1946, and Frankie’s back from serving in the Pacific with big dreams of takin’ New York City by storm! Hop aboard the F Train for Coney Island, the grand, old-school, Broadway-style musical comedy being presented for one performance only in a concert reading at Catskill’s Bridge Street Theatre at 2pm on Sunday (May 21).

Almost a decade in development, Catskill resident Frank Cuthbert’s swingin’ and affectionate tribute to WWII-era NYC is bursting at the seams with all the charm, grit and promise of Gotham in the postwar years. Amidst the colorful backdrop of the iconic Cyclone roller coaster and Wonder Wheel, the story follows Frankie, a war hero, who has returned to his old neighborhood with dreams of making it as a crooner. Frankie struggles with recurring nightmares of war, his parents’ skepticism about his dreams, and a dangerous rivalry with a mob-connected club owner, who threatens his singing career and is in hot pursuit of his girlfriend Patsy, an aspiring Broadway dancer. Burlesque queens, freaks, hustlers, kooch dancers, entrepreneurs, grifters, small-time (and big-time) hoods – all play a part in the nostalgic tapestry of another time and place that the musical depicts.

“GUITAR: The Instrument That Rocked the World” @ Berkshire Museum