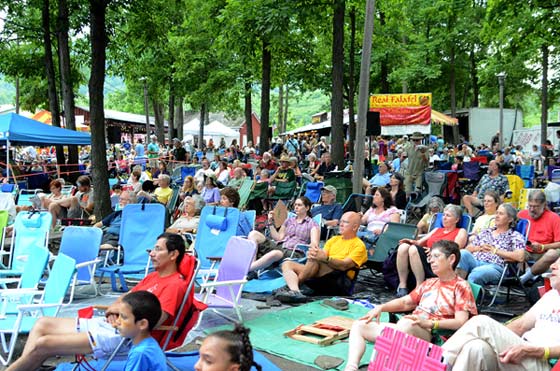 Yes, the Old Songs Folk Festival of Traditional Music & Dance is headed back to the Altamont Fairgrounds from Friday-Sunday, June 23-25.

The 37th annual, three-day, family-friendly festival of folk music and dance is well known throughout the northeast for its relaxed atmosphere, interactive sessions and workshops, hands-on experience and participatory nature. In addition to three main stage concerts, there will be more than 100 daytime workshops led by the fest’s performers. Also featured are a juried craft show, food and instrument vendors, and a children’s activity area.

The fest will kick off at 2:30pm on Friday, June 23 with a batch of workshops, followed by a special performance of the Old Songs production, “Forward into Light: The American Women’s Suffrage Movement in New York State in Song and Story.”

Discounted all-festival, three-day tickets are available through Friday, June 2, priced at $120; $115 seniors; $60 students; $50 youth; free for children. Single-day tickets are also available. And, of course, on-site camping is available, too.

Here’s the schedule of Main Stage concerts for the 2017 Old Songs Festival:

And here’s a complete round-up of the featured performers: