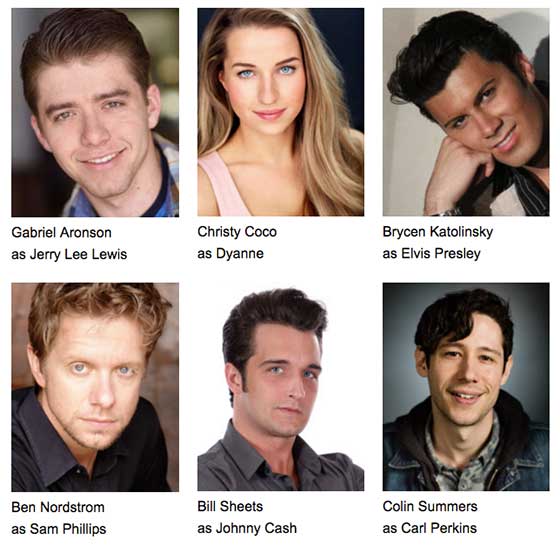 Director James Barry says, “I’m thrilled to be making my debut as a director at BTG, specifically in he Unicorn Theatre, where I made my professional acting debut 18 seasons ago in The Einstein Project. Coming back to the Unicorn to direct a show that I have been involved with for years is an honor. I performed the role of Carl Perkins in the first National Tour of Million Dollar Quartet for two years, and since then, I have reprised the role many times and provided musical direction. I am honored to take a seat in the director’s chair for this production.”

Million Dollar Quartet brings you into the recording studio with icons, Elvis Presley, Johnny Cash, Jerry Lee Lewis and Carl Perkins. Based on a true story, set on December 4, 1956, Million Dollar Quartet follows the tale of these four legendary musicians, as they come together for one monumental night of music at Sun Records in Memphis. This smash-hit musical includes classic tunes such as: “Blue Suede Shoes,” “Fever,” “Walk the Line,” “Sixteen Tons,” “Who Do You Love?,” “Great Balls of Fire,” “Folsom Prison Blues,” “Hound Dog” and more.

Win FREE Tickets to the Downtown Is Pawsome Garden Party

A FEW MINUTES WITH… Selwyn Birchwood