Originally slated for the lawn at the Saratoga Springs Heritage Area Visitor Center, the day-long fest was moved to Putnam Den due to the threat of inclement weather. Fortunately, the rain held off long enough that many of performers – including the very funny daredevil stunt performer Wacky Chad, the dynamic Boston-based juggling/balancing duo the Red Trouser Show and the Local 518’s own Ramblin Jug Stompers – were able to perform outdoors in the Putnam Den parking lot.

“This is the blues, ladies and gentlemen,” Graham promised, “the whole blues and nothin’ but the god-damn blues,” as he whipped through an extended set that stretched from Chuck Berry to Jimi Hendrix, from Bob Marley to Johnny Cash to an impromptu duet with Guerrette on Stevie Ray Vaughan’s “Pride & Joy.”

Later that evening, Wacky Chad, the Red Trouser Show and Ramblin Jug Stompers performed once again inside Putnam Den for the Best of the BUSK! Cabaret. 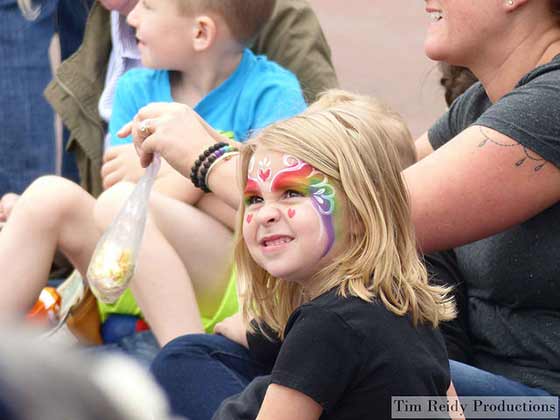 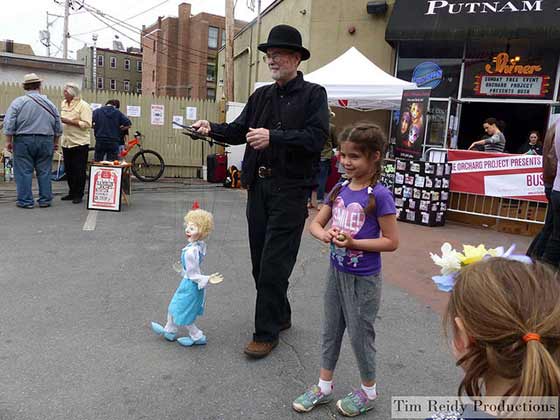 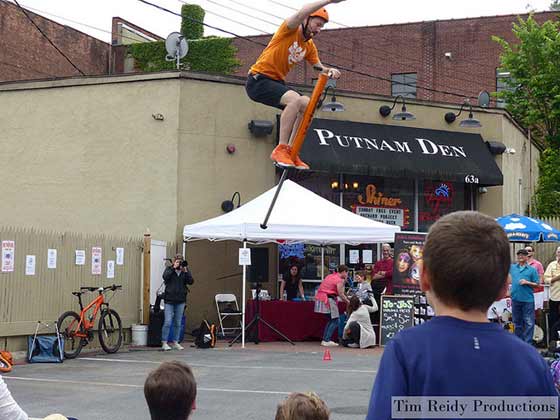