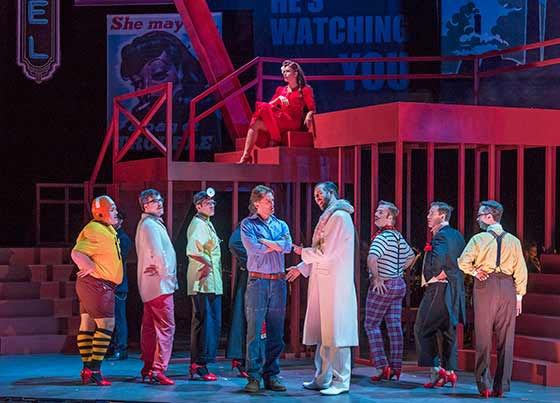 There ain’t nothin’ subtle about “The Cradle Will Rock,” Marc Blitzstein’s 1937 allegorical opera of corporate corruption and greed. And that’s a good thing…

At SPAC’s Spa Little Theater, Opera Saratoga pulls out all the stops in presenting a knock-out, exceptionally rare, fully orchestrated production that hammers home the social and political upheaval of pre-World War II America. The battle between the haves and the have-nots is a never-ending war, and director Lawrence Edelson’s smart decision not to update the setting for the production only enhances the timelessness and timeliness the opera’s potency.

Only union organizer Larry Foreman (Christopher Burchett in an energetic, powerful performance) stands by his morals and stands up to Mr. Mister.

Despite the serious political and social themes of “Cradle,” there’s plenty of wit – especially during “Art for Art’s Sake,” the duet by musician Yasha (John Tibbetts) and painter Dauber (Scott Purcell). Conductor John Mauceri steps away from the orchestra to join in the on-stage action, too, portraying a court clerk.

The Mr. Mister/Editor Daily duet, “The Freedom of the Press,” is as funny and entertaining as it is apropos in this age of “fake news.” And throughout the opera, the humor is amplified by Edelson’s snazzy, snappy choreography.

The opera (or as Blitzstein originally described it, “a play in music”) owes an obvious debt to Bertolt Brecht’s representational theories of theater, and the diverse, wide-ranging musical styles that Blitzstein incorporated in “The Cradle Will Rock” resonate with the work of Brecht’s frequent collaborator Kurt Weill.

The orchestra – which also incorporated such non-traditional operatic instruments as an accordion and steel guitar – is seated onstage behind the singer/actors, and although sung in English, the production could benefit from supertitles, as the singing of Ginger Costa-Jackson (as the prostitute Moll) and Audrey Babcock (as Mrs. Mister) is sometimes difficult to understand.

Over the years, the legendary story of the opening night of the premiere of “The Cradle Will Rock” has come to overshadow the opera itself, but Opera Saratoga’s stellar production puts the focus back where it belongs.

Sadly, there are only three remaining performances at SPAC’s Spa Little Theater in Saratoga Springs – at 2pm today (July 11) and Sunday (July 16) and at 7:30pm on Thursday (July 13). Catch it if you can… 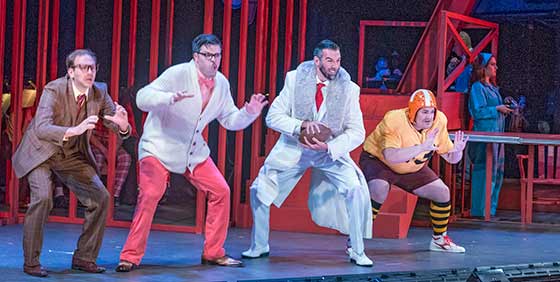 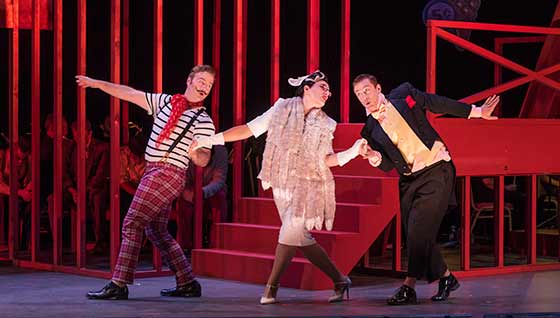 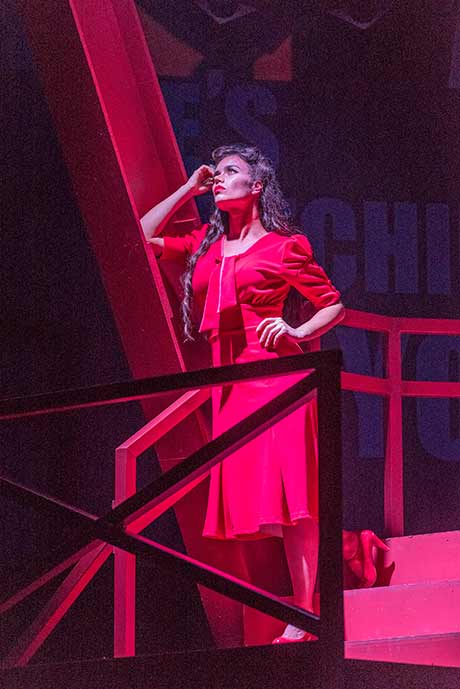