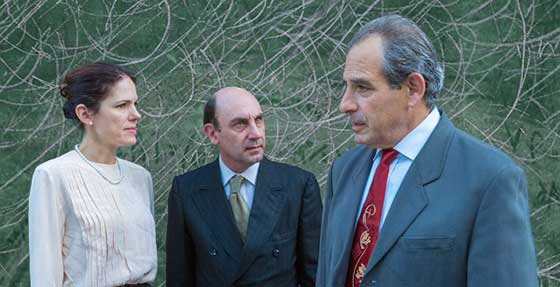 If you’ve never seen Michael Frayne’s Copenhagen, it’s hard to imagine that a play in which three dead people discuss atomic physics could be electrifying and intensely emotional. Yet this riveting drama, full of crackle and vitality, delivers a literary and theatrical punch that stays with you long after the curtain has fallen.

On the surface, Copenhagen turns around a mysterious 1941 meeting between the esteemed Danish physicist Niels Bohr and his former pupil, the German scientist Werner Heisenberg. Old friends who had revolutionized atomic science during the 1920s, they are now on opposite sides of a world war. But the science, it turns out, is merely a vehicle, a metaphor for a wrenching probe into deeply human quandaries and contradictions.