THEATER REVIEW: “A Midsummer Night’s Dream” in The Dell at The Mount [Berkshire on Stage] 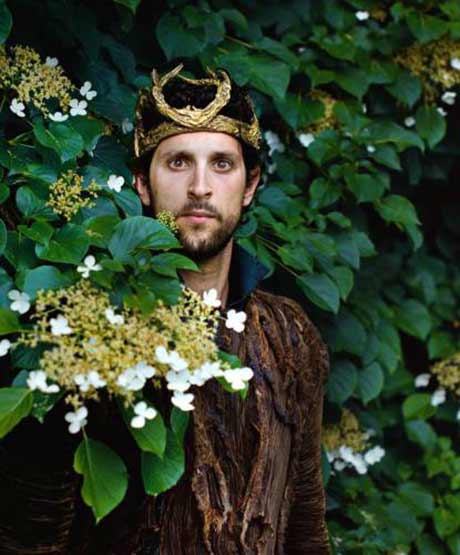 During a talk-show interview some years back, Mel Brooks relayed an anecdote about a fight he had with his late wife, Anne Bancroft. The shouting escalated, and Brooks became so frustrated that he grabbed his wife by the shoulders. “How dare you put your hands on my instrument!” Bancroft exclaimed. Brooks paused, and then said, “Can ya play Melancholy Baby?”

Most actors are taught early on to regard their bodies as instruments, that an integral part of their skill set, in addition to the characterizations they create and the dialogue they speak, is the physiological component: breathing, voice, movement. One thing I always look forward to when I attend a Shakespeare & Company play is the troupe’s beautifully honed physicality, the seemingly bottomless well from which their actors of all ages draw their energy and stamina.

And so it was with the company’s outdoor production of A Midsummer’s Night Dream, which just opened at The Dell at The Mount, Edith Wharton’s home in Lenox. Outdoor theater provides significant challenges to those who perform it. They are at the mercy of Mother Nature and modern technology alike, challenged by changes in weather, low-flying aircraft, unpredictable insects and an audience less inclined to stay seated and quietly attentive than they would in a more formal indoor theater.

I’m delighted to report that the cast and crew of A Midsummer’s Night Dream not only rose to the challenges, but, for the most part, embraced them.