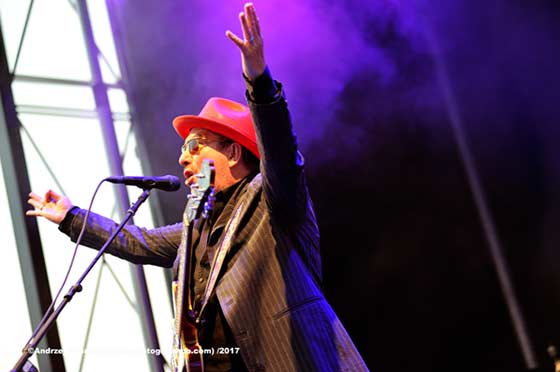 It’s been 40 years since Elvis Costello said, “The only two things that motivate me and that matter to me are revenge and guilt,” but those elemental feelings were amply plumbed, probed and portrayed during the Imposters’ expansive two-hour-plus, 29-song set at Cooperstown’s Brewery Ommegang last Friday.

This was the 32nd date on the band’s Imperial Bedroom & Other Chambers tour (the fourth show was at Albany’s Palace Theatre last October), but Costello kept things fresh for his long-time band and fans alike with a varied utterly unpredictable set list.

“(The Angels Wanna Wear My) Red Shoes,” played for only the third time this tour, was a suitably wry way to begin the festivities thanks to its opening couplet: “Oh I used to be disgusted/Now I try to be amused.” Quite a crowd-pleaser, in marked contrast to “Bedlam” (second airing this tour) which seemed to perplex the audience despite Costello’s intense passionate singing. The opening lines

probably weren’t intended to drive much of the crowd to the concession stands for cheese fries and beer, but “Bedlam” ultimately had that effect. The most appealing curveball in the performance was “Talking in the Dark” with a rueful Costello crooning

Much of the set was, of course, devoted to songs from 1982’s Imperial Bedroom, the most lavishly arranged of Costello’s albums and in many ways the most Beatlesque (coincidentally, producer Geoff Emerick was concurrently working on Paul McCartney’s Tug of War). Three of the four band members played on the album (bassist Davey Faragher wasn’t lured into Costello’s orbit until 2001), and it was fascinating to hear them translate the widescreen production of Imperial Bedroom into versions that a scrappy four-piece could do justice to. Nieve’s wizardry was the key to this process, as he conjured a wide variety of textures from his array of keyboards.

After a rough patch in the first encore with “A Face in the Crowd” and “Blood & Hot Sauce,” the band regained momentum with “Shot with His Own Gun” and the aforementioned “Talking in the Dark.” The subsequent salvo, four songs from Imperial Bedroom, was downright sublime. With understated backing from Nieve, Costello sang “Almost Blue” with beguiling simplicity.

“Kid About It,” like many of Costello’s songs, superficially sounded tender and yet retained a cutting edge, the last verse concluding

Next up was “Beyond Belief,” the headlong rush of the music propelling Costello into a relationship even though he knows how things will end.

Any vestiges of tenderness had faded once the band launched into a coruscating version of “Man Out of Time”:

One wasn’t sure how Costello could follow that stretch of musical and lyrical bravado, but the second encore served to cleanse the palate, first with the elegaic “Town Cryer,” then with up-tempo romps through “Everyday I Write the Book,” “Pump It Up” and the evening’s sole cover, Brinsley Schwarz’s “(What’s So Funny ‘bout) Peace, Love and Understanding.”

Amy Helm’s opening set was too brief to fully do her justice, but she sang beautifully, and Cindy Cashdollar’s slide guitar was glorious. Love to see more of both of them.

ELVIS COSTELLO & THE IMPOSTERS SET LIST
(The Angels Wanna Wear My) Red Shoes
The Loved Ones
…And In Every Home
Accidents Will Happen
Clubland
Tears Before Bedtime
Moods for Moderns
Shabby Doll
Human Hands
Green Shirt
Bedlam
Watching the Detectives
The Long Honeymoon
King Horse
You Little Fool
Pidgin English
ENCORES
Alison
A Face in the Crowd
Blood & Hot Sauce
Show with His Own Gun
Talking In the Dark
Almost Blue
Kid about It
Beyond Belief
Man Out Of Time
SECOND ENCORES
Town Cryer
Everyday I Write the Book
Pump It Up
(What’s So Funny ‘bout) Peace, Love and Understanding (Brinsley Schwarz) 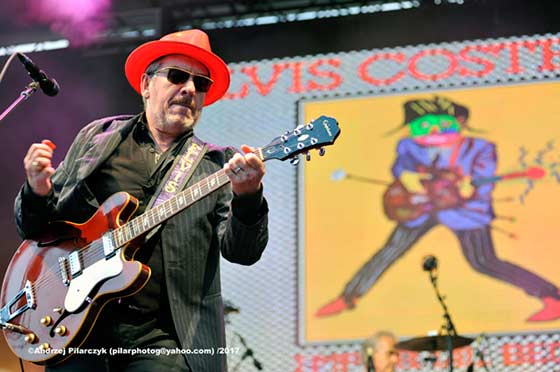 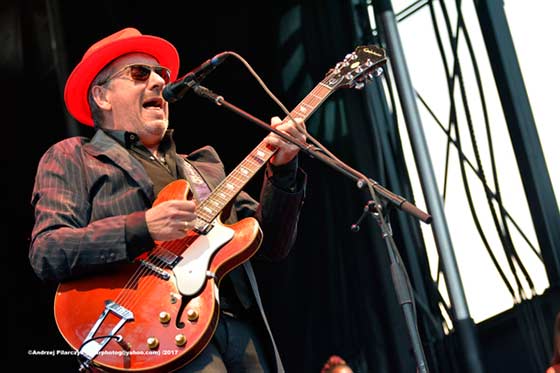 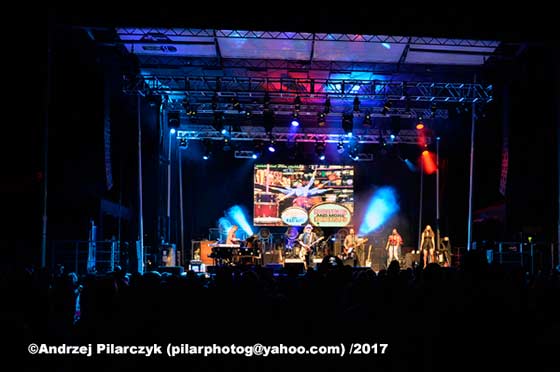